With over 500 outlets all over the world. Shinmapo, the Korea’s No. 1 BBQ Restaurant is now in The Gardens Mall after their first outlet in SS15 Courtyard Malaysia. This has drawn my attention over here due to the good and promising reviews I have read through many blogs and also for the love of the Korean bbq meat to go with garlic and kimchi wrapped up with the piece of fresh lettuce. Pricewise, it is considered affordable for the mall standard. So, I suggested a Christmas celebration here with the colleagues last year. 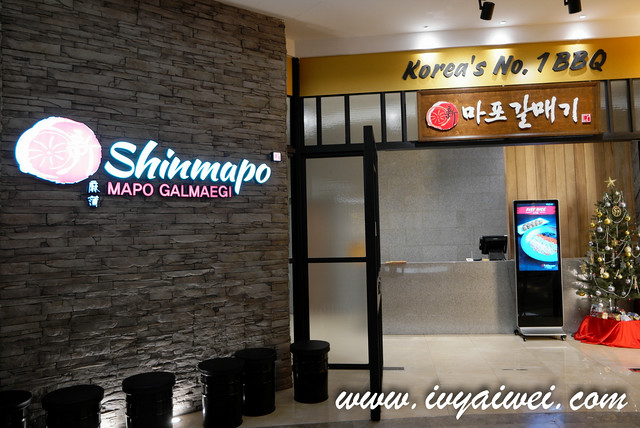 The 6 of us shared a set of Signature Set B (Rm 118) that is catered for 2 to 4 pax which comes with 170g pork skirt meat, 200g pork belly, 200g marinated pork collar, mix grilled platter, army stew, signature kimchi egg crust and unlimited refills of side dishes (banchan). 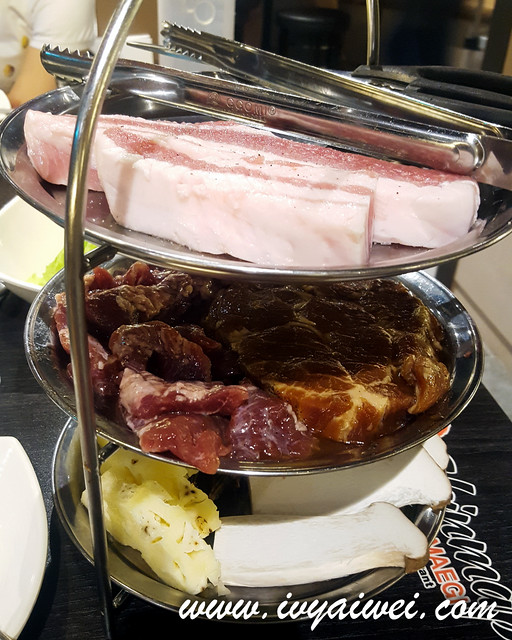 Our tiers of meat. 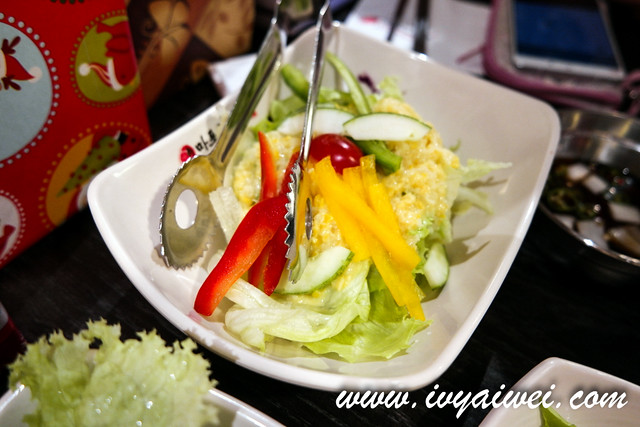 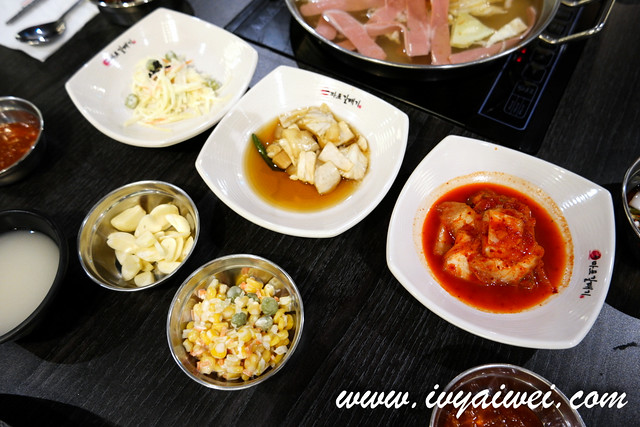 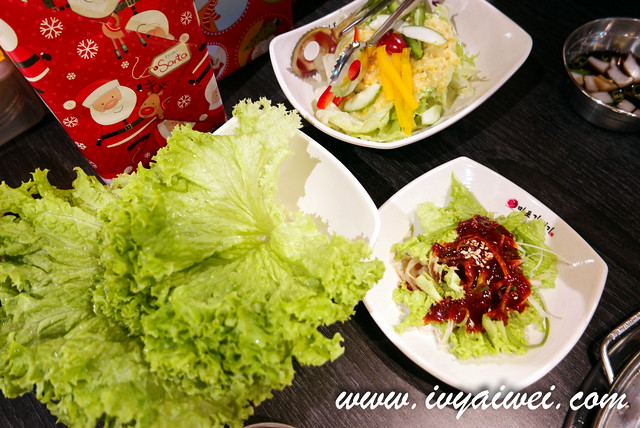 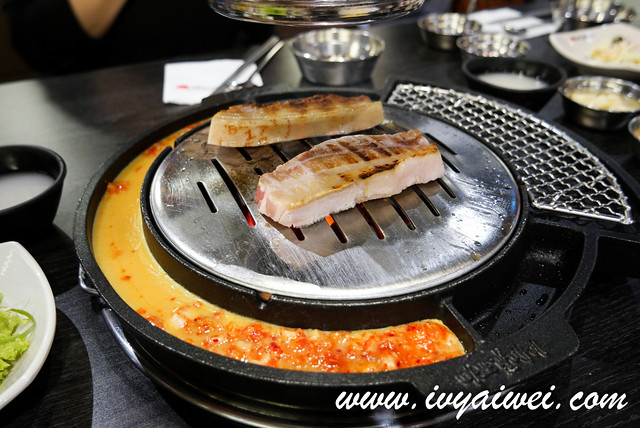 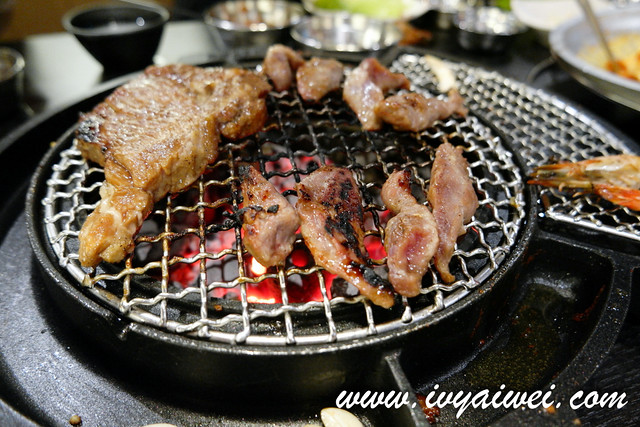 The pork collar and pork skirt meat were so good! 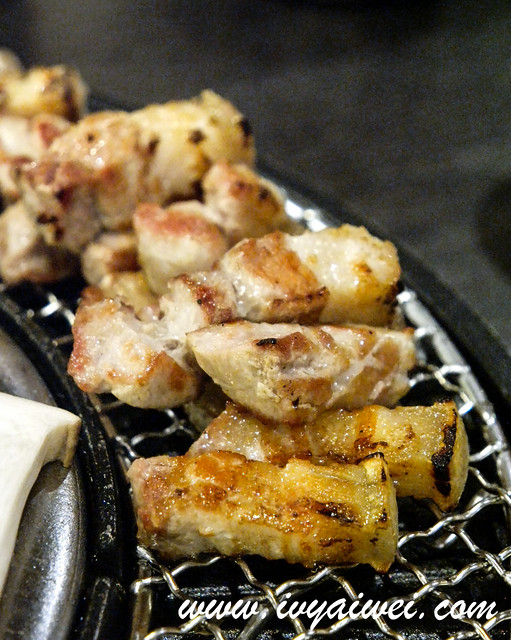 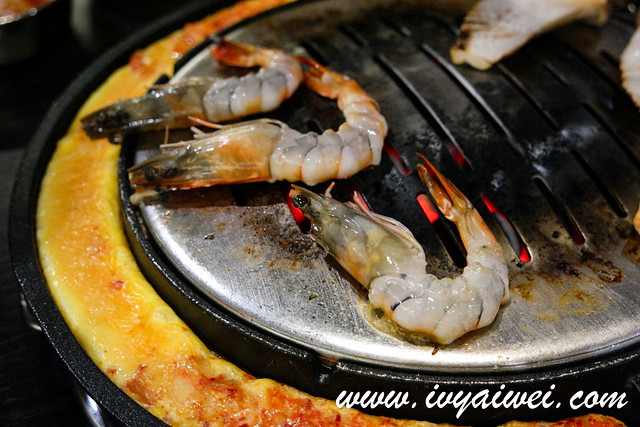 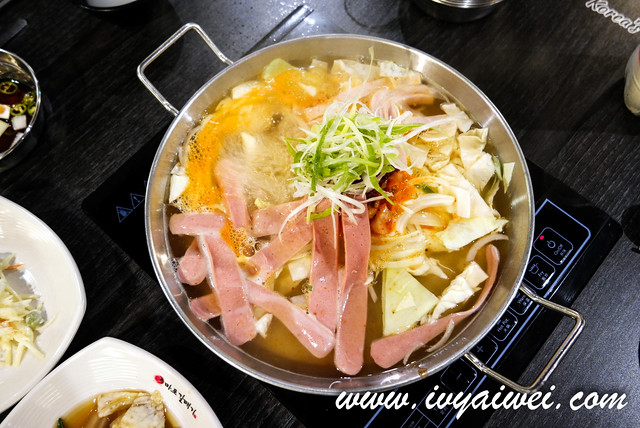 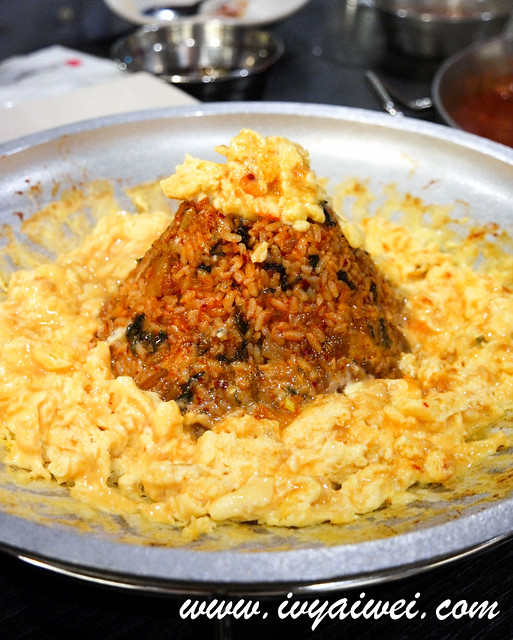 Volcano Fried Rice (Rm 33 a la carte; Rm 25 when ordered with set meal)
It tells the story of the famous Jeju Island. With feature of Halla Mountain, the tallest mountain in South Korea standing high on the stove plate; and the scrambled egg surrounded the fried rice representing the Jeju Island. The fried rice was really good! With a kick of spiciness and filled with seaweed and other condiments, going great with the fluffy and creamy scrambled egg. Egg-cellent! 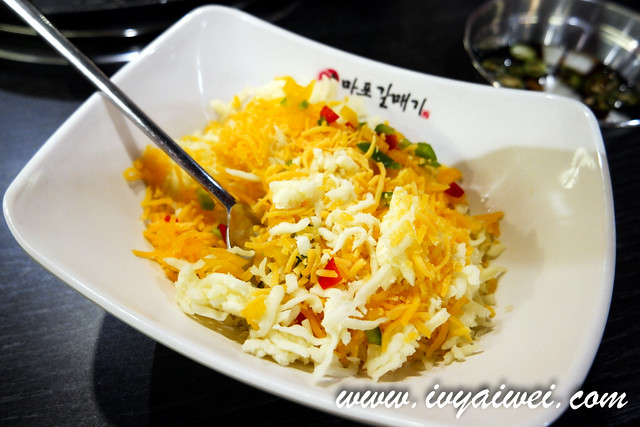 We added the Cheese Pot (Rm 25) to go with the grilled stuff. Just melt it at the empty slot of the pan! 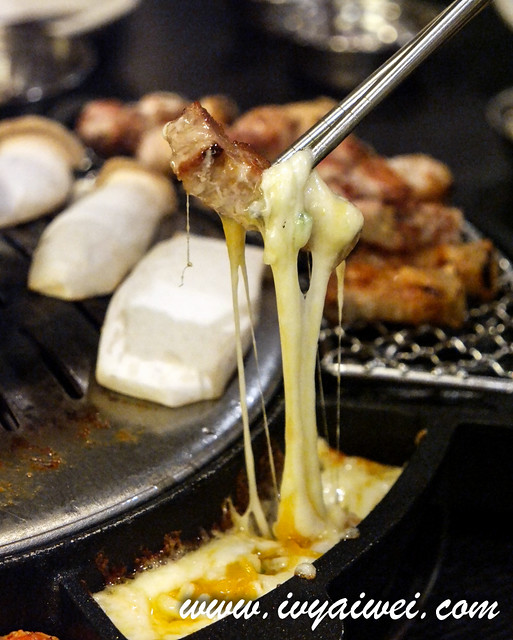 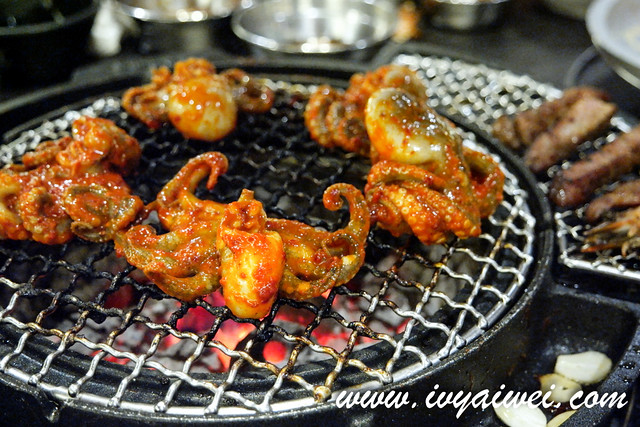 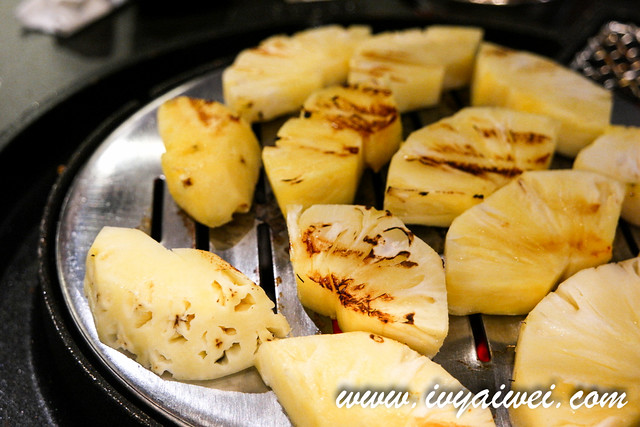 Pineapple (Rm 10)
Never know grilled pineapple can be this juicy and sweet. We had more order of this. 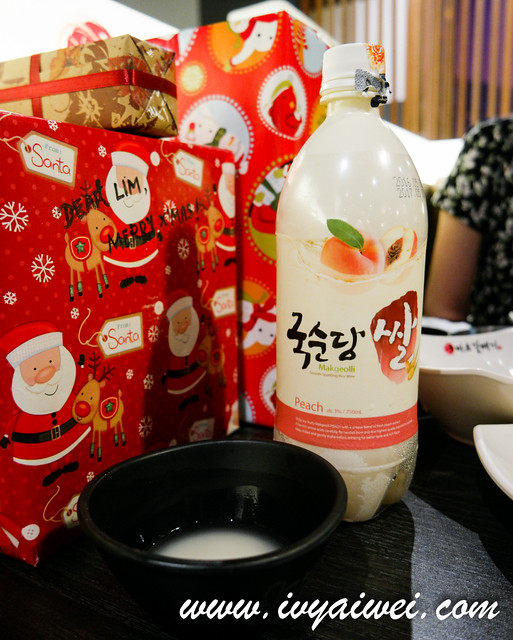 Peach Makgeolli
Highly recommended by Citygal, so I ordered for us too. Mild fruity peachy taste and fizzy and refreshing. Very nice to wash down all the meat we had earlier.

Service was pretty good over here. The staff will help the diners to cook the meat on the charcoal grill and refill your banchan as many you want. They also cook the volcano fried rice in front of you. I do believe the staff hate the 6 of us quite much coz we made him running here and there for the refills and serviette and the photos. LOL. 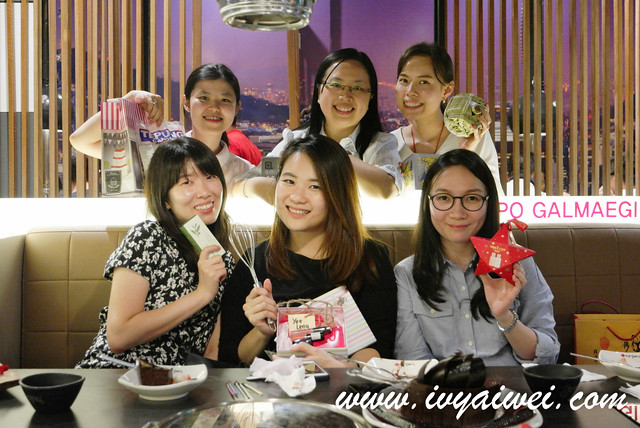 Santee(s) and their present from secret Santa(s)
Yep, we had so lot of laughter and fun with the jokes we made. LOLOL! 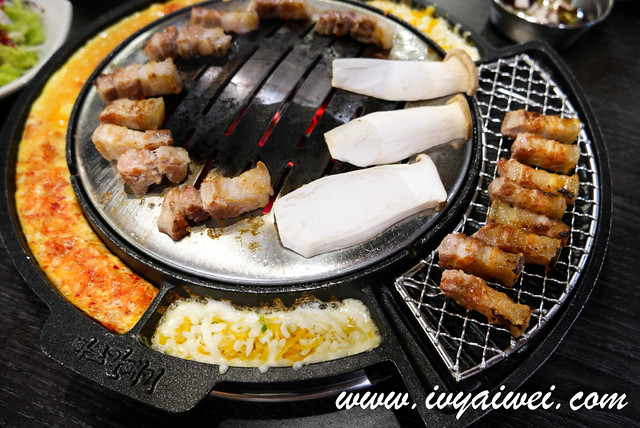