The lively Solaris Mont Kiara is now the Korean hub, with a lot of Korean eateries, be it BBQ or modern or authentic Korean Retaurant, they are just mushroomed over the area, such as Sae Ma Eul, Gogi King, Palsaik, Gangnam 88, Café Bene… and etc. 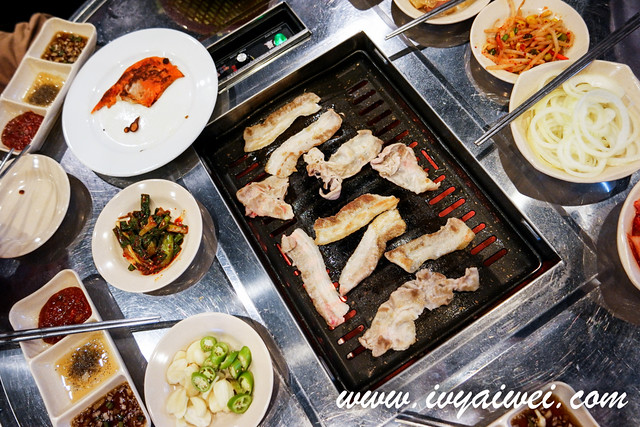 Now the latest trend of Korean eating is Eat-All-You-Can type. And here you get the unlimited refills of BBQ Pork at just Rm 29.99. Yes, hear it, it is just Rm 29.99 per pax at 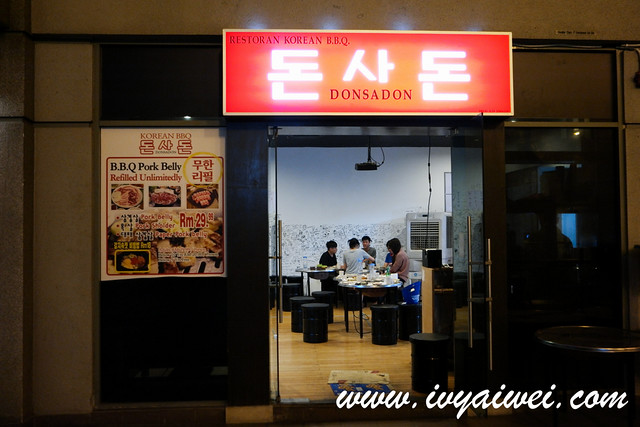 Located in first floor of Soho KL (near to Palsaik Korean BBQ), this simple and no frills Korean BBQ place is the place caters for the pork lovers, with unlimited refills of pork. The variety of meat for BBQ isn’t a lot but these alone already manage to satisfy the pork lovers, like me. 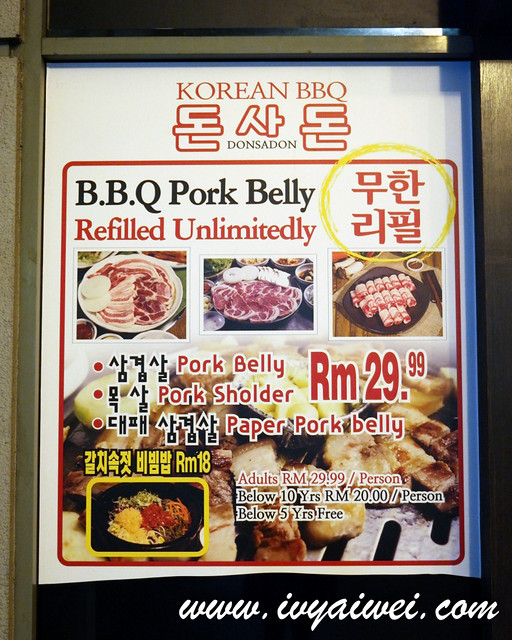 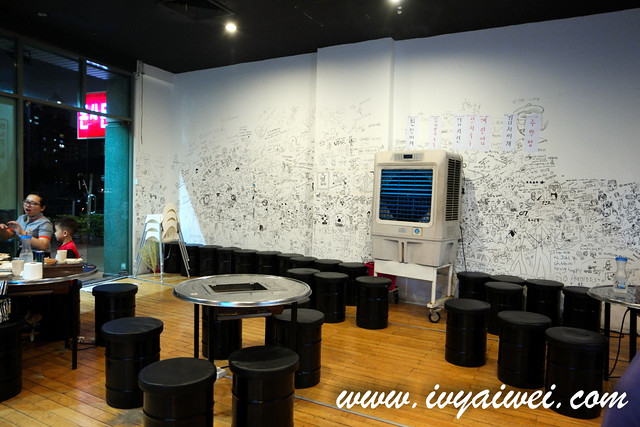 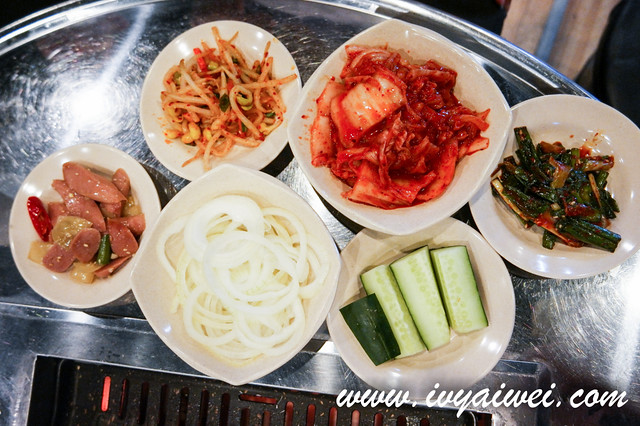 Once you are seated, you will be served with a variety of ban chan and sauces for the grilled stuff. And then there comes the meat. They offer 3 types of meat which are pork belly, pork shoulder and paper pork belly or the thin slices of pork belly. The boss or the staff will generously place the pork on the grill. Request for a bowl of rice if you need some carbs. Of course you can always order some side order like bibimbap and kimchi jigae but these are not included in the pax’s price. 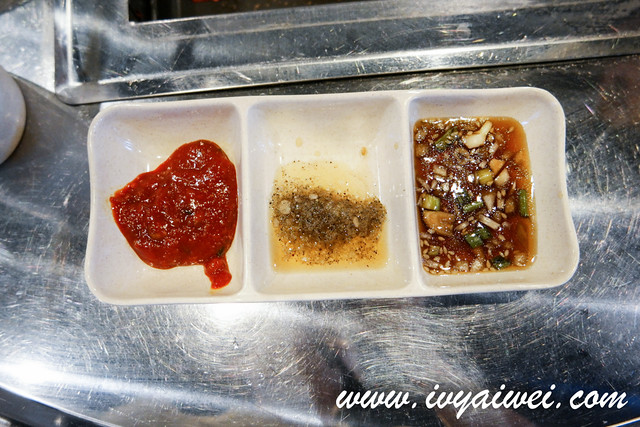 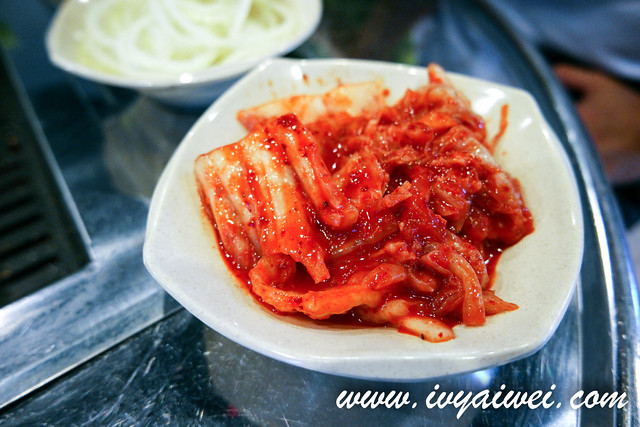 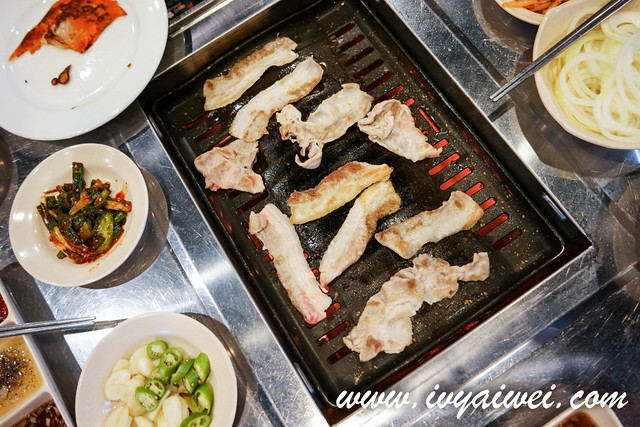 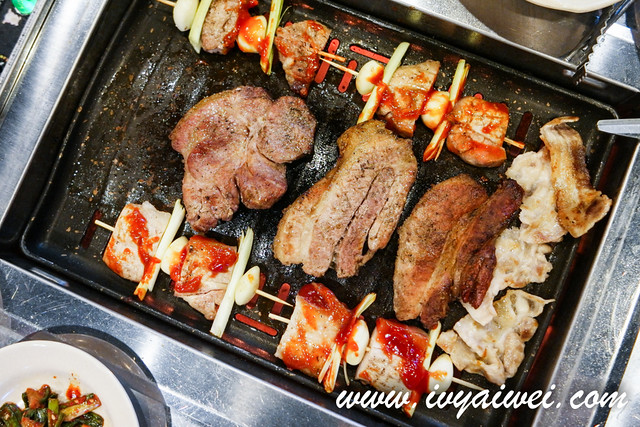 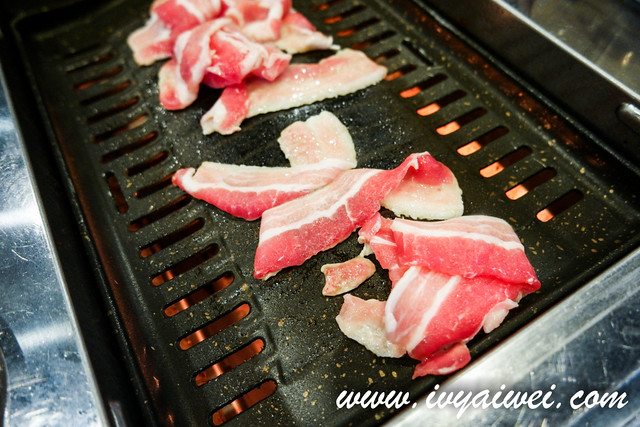 And we were off for more thin slices of pork belly! Too good with the grilled kimchi, garlic, lettuce and sauces. Yum! 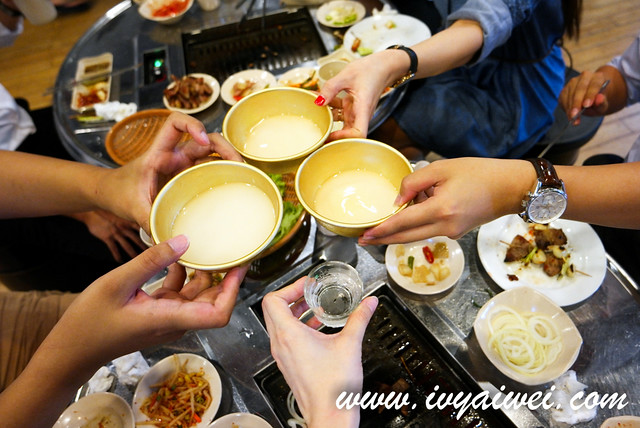 Chang!!!
Things we need during the gathering meet up. Guess who was having the odd one?! 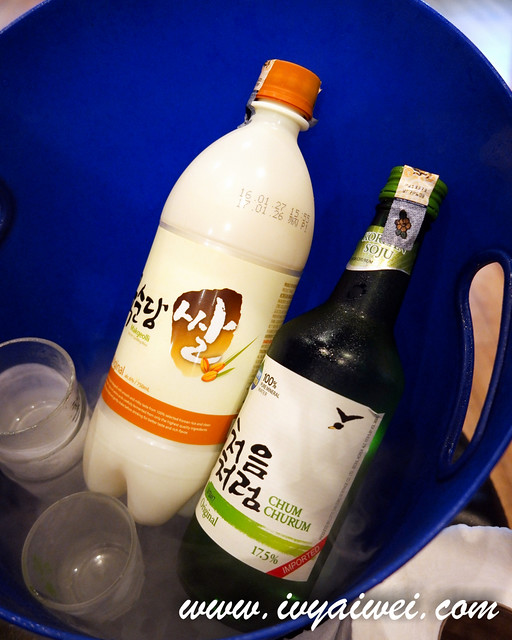 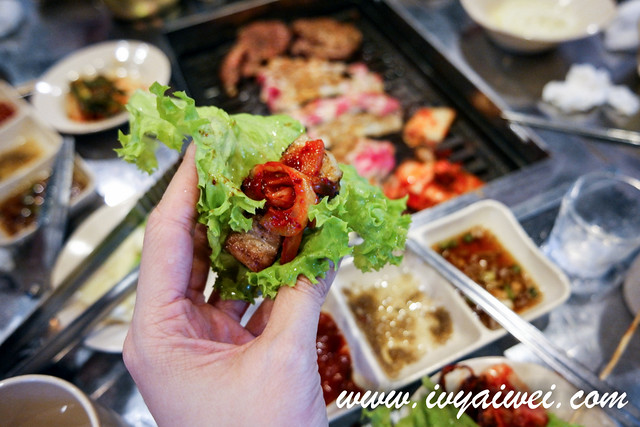 My and my friends were pretty satisfied with the meat that the boss kept offering until to a point that we had to stop the boss for doing so. The pork shoulder was marinated and half cooked to fasten up the cooking time on the grill. Glad that it was served so, as we were all the hungry ghosts by dinner time. Not to mention, the marinade was quite inviting, knowing that it was Jeju style. By the end of the day, we ended up we had too much protein. LOL. 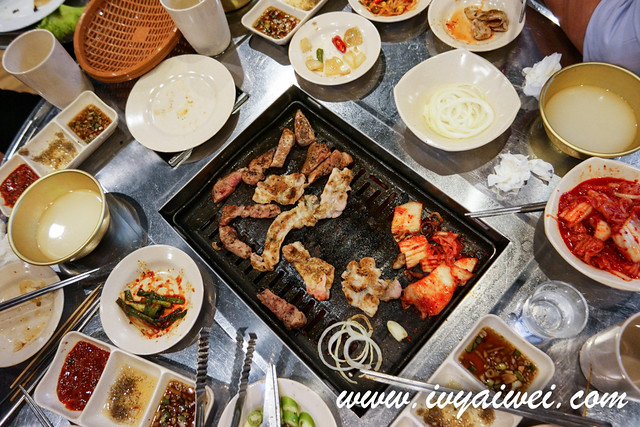 The mess we did…

Well, I heard there was another pretty good stuff around this area too, same eat-all-you-can concept but offers a greater variety of meat. Gotta give a try next, make comparison and put a write-up on here.