If you were bored with the just the limited choice of BBQ pork that I have posted earlier, here is another one I would like to recommend. 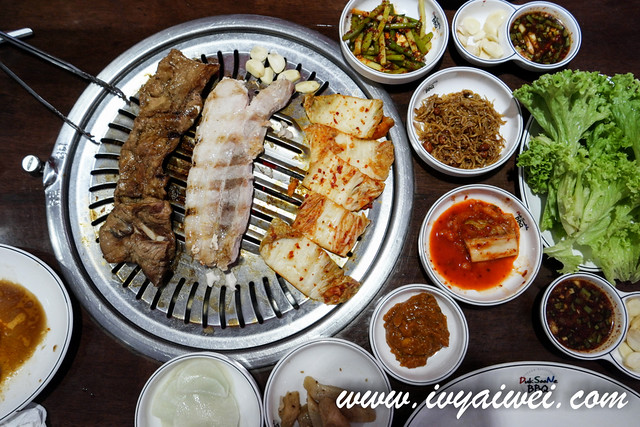 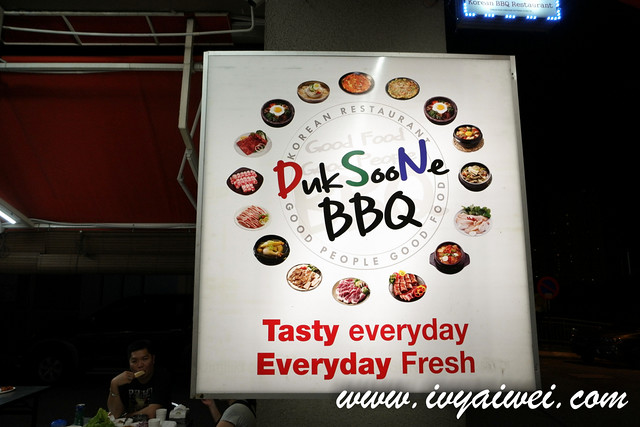 Located at one corner end of the row of shop opposite the Cold Storage in Solaris Mont Kiara, Duk Soo Ne is a deli that supplies fresh meat; also a no frills Korean BBQ restaurant that serves both a la carte and buffets BBQ. 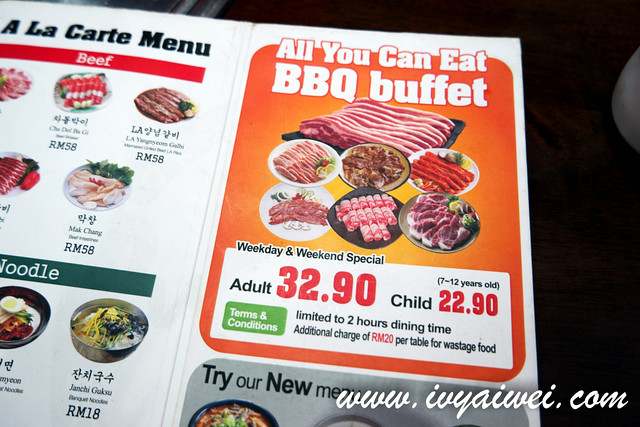 I hit over this place because of the buffet.
And guess what?! It’s just Rm 32.9 per pax for the BBQ buffet. What a steal!

The place was pretty pack during meal time. Do come early for a table or come past 9pm when the crowds are lesser by time. 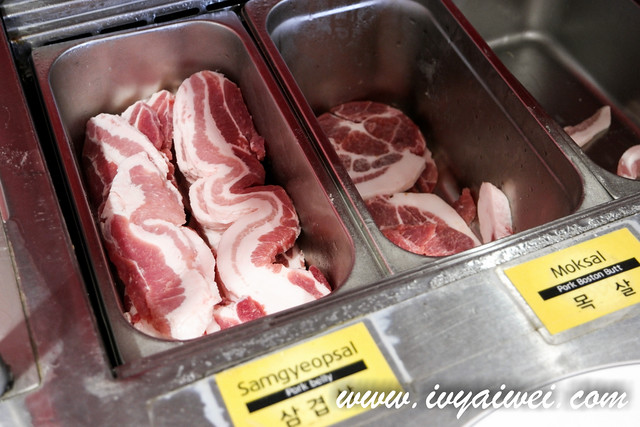 On the buffet section, you will find few types of meat available for the BBQ. There are 5 types of pork and 1 chicken to choose from during my visit. There were fresh meats like Samgyeopsal (pork belly), Moksal (pork neck bone meat), Hangjeongsal and marinated meats like Dwaeji galbi (pork spare ribs), Gochujang Samgyeopsal (pork belly with Korean spicy sauce), chicken. And also some sides like seaweed soy bean paste soup and ban chan 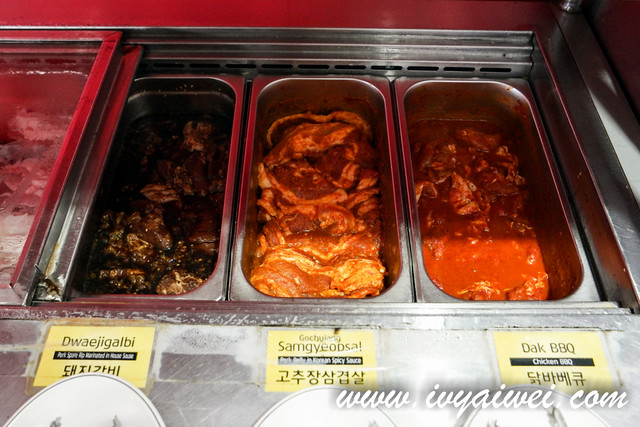 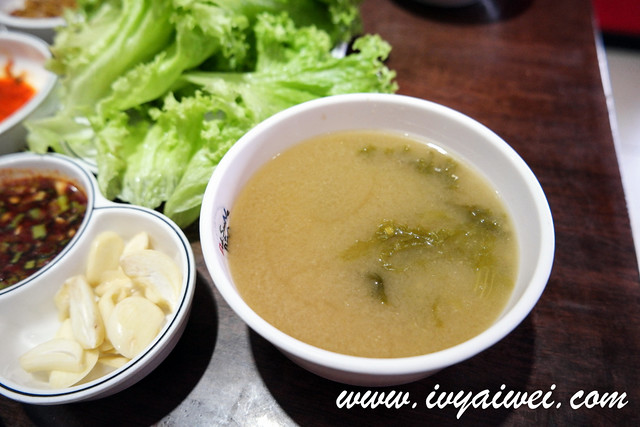 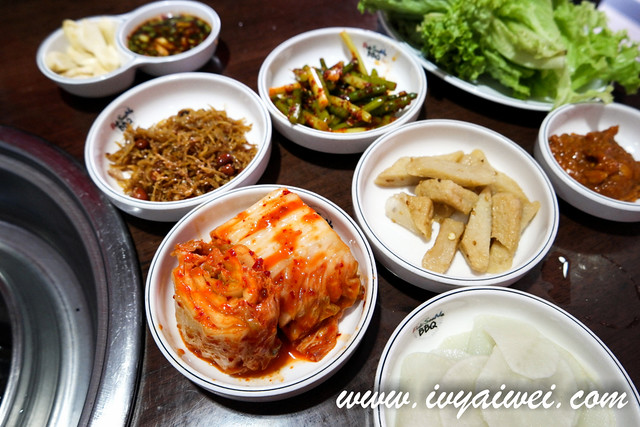 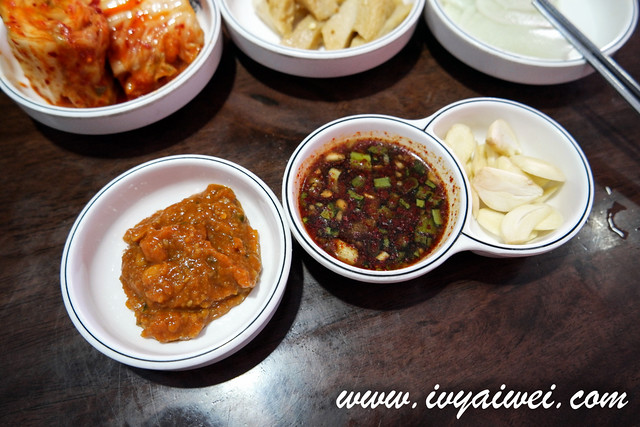 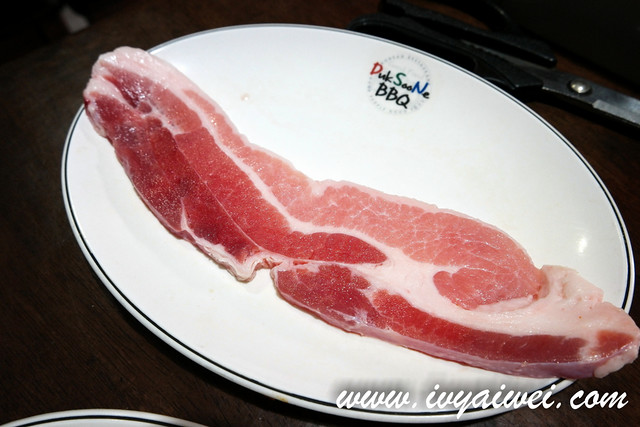 We hunted the pork belly in the first place. Pinkish hue of pork belly, looking glossy and fresh. Placed them on the BBQ pit and grilled them till perfection. Finally I cut them into bite size and continued grilling a little while before walloped them with lettuce, grilled kimchi, garlic and chillies. Yummmmmm!!!

I found the Korean guy gang on the next table attacked just the Samgyeopsal. Lined up slabs of pork belly and filled them up on the grilled pan, and just the pork belly all night long. 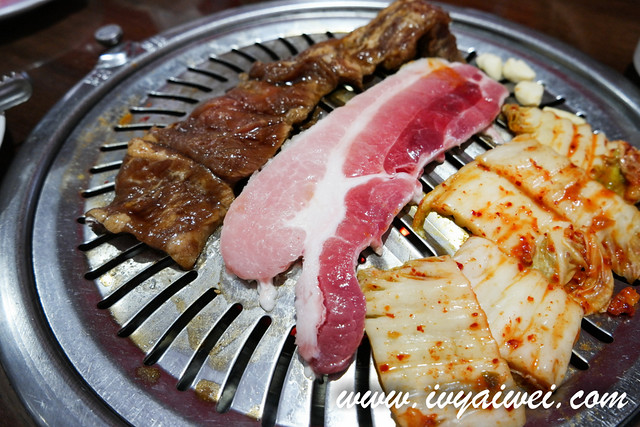 Fully utilised the grilling pit so that we can savour more protein in 2 hours. Yep, there is time limit for the buffet. Besides the buffet, they offer also the a la carte dishes like what the other typical Korean restaurants offer too. 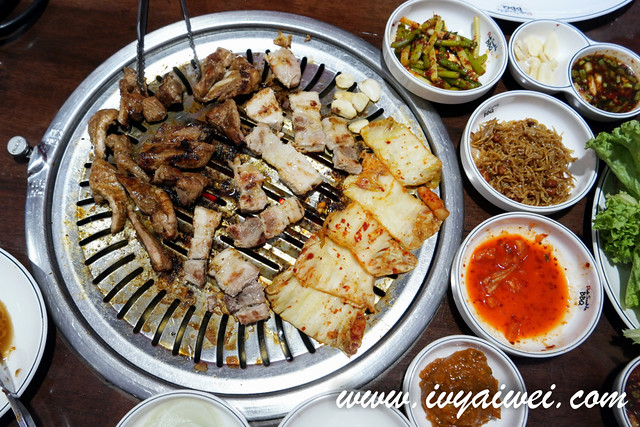 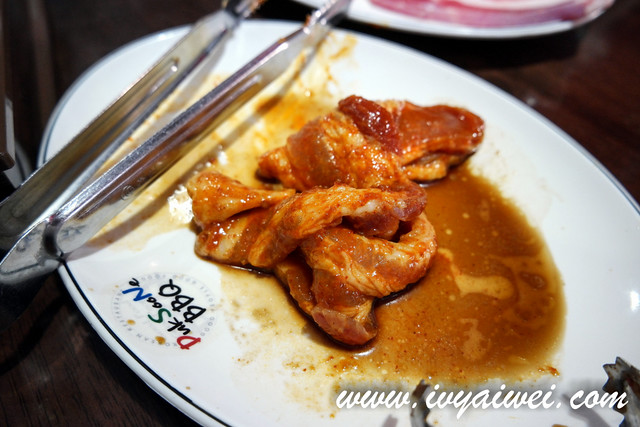 More meat…
Soon the staff saw the grilling pit turns black, they hurriedly change a new pit for us. 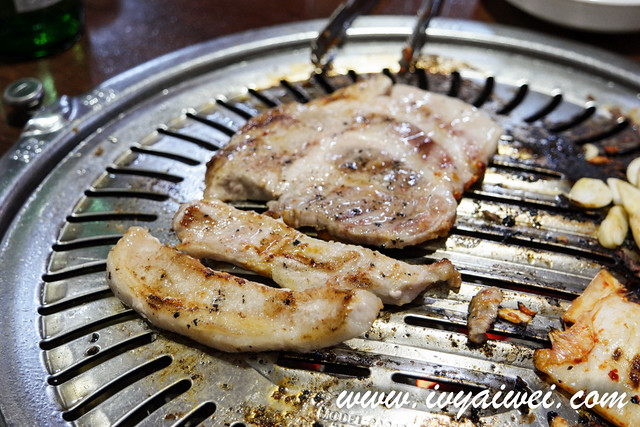 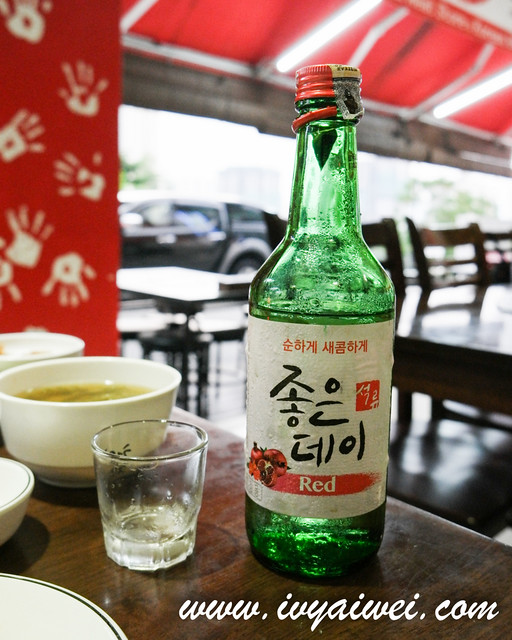 “Chang” with some fruity soju. However the taste was too artificial to my liking. Still fancy the other brand I had in Gogi King. 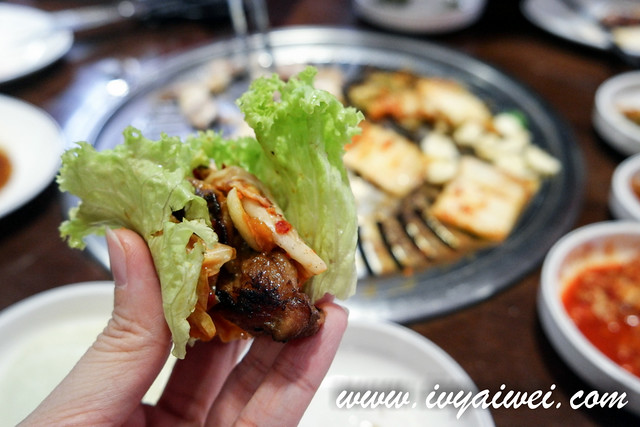 At the end of the dinner, I counted and I think we had 2 slabs of pork belly, 2 slabs of moksal, pieces of hangjeongsal, 3 pieces of Dwaeji galbi and 2 pieces of gochujang samgyeopsal. When it comes to protein loads, my girlfriend and I forget about all the calories and just go for them. 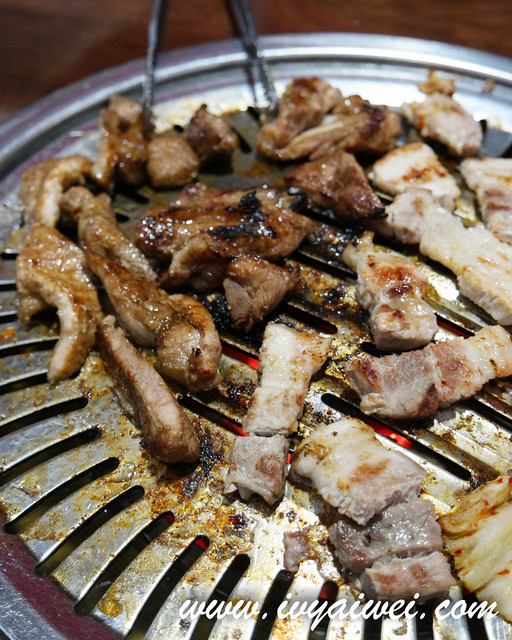 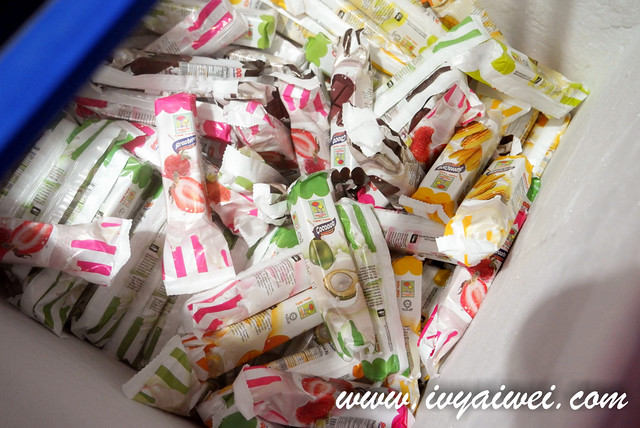 Oh yea, they prepare dessert too! Ice cream potong to put off the heaty flame after the BBQ dinner. 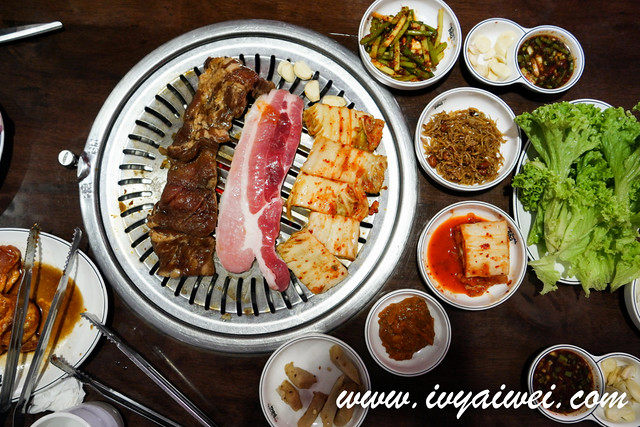 If you asked me how I find the Korean fare here, I would say nice but I prefer Donsadon to here. I fancied the thin slices of pork belly from Donsadon, also the pork shoulders with the marinade. Here, the samgyeopsal and pork neck were great and very fresh. Somehow I find the marinated pork were just ok.