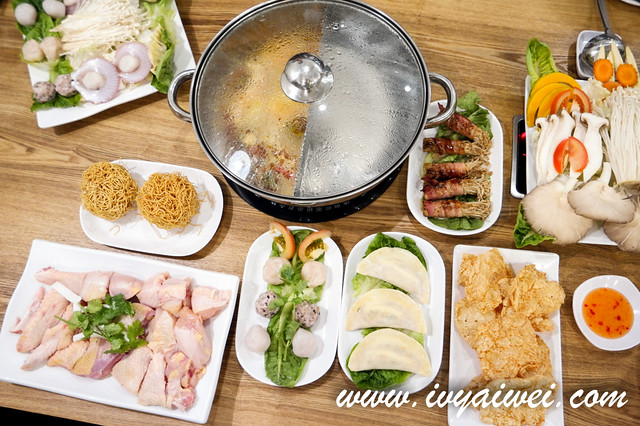 When it comes to steamboat, the first thing that strike into my mind is the broth. Hot piping broth that filled with fresh ingredients; and the broth is the soul for the whole hotpot. We often bump into broth like milky pork bone broth, bitter sweet herbal broth, spicy kick tom yum broth… it is seldom to get coconut broth in steamboat. 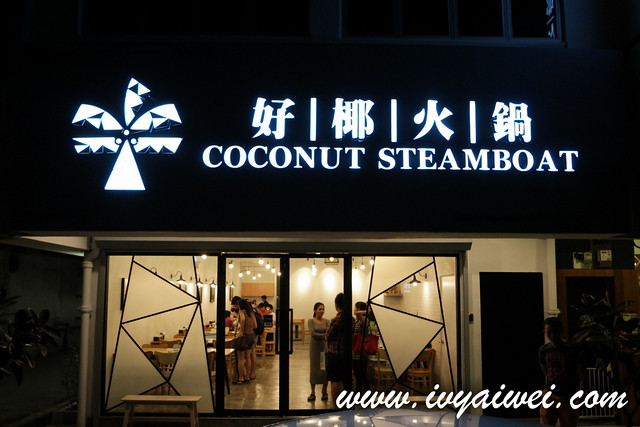 Its name said it all. This place uses coconut to make their steamboat broth. How interesting!!! 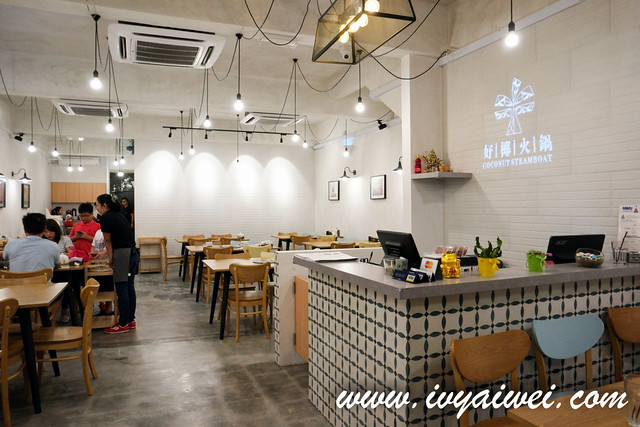 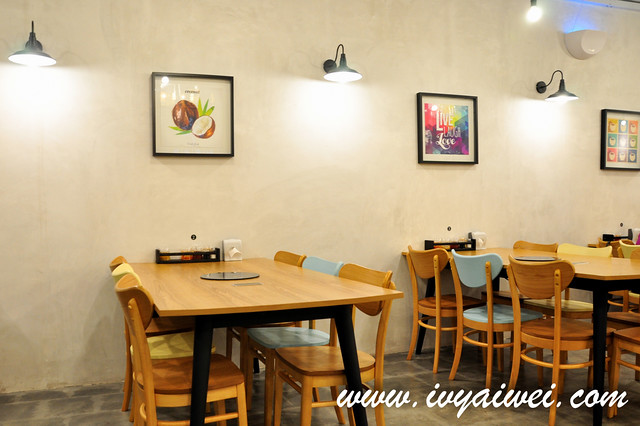 Coconut water is relatively low in calories, fat free and cholesterol free, high in potassium and it is a super thirst quencher. Using coconut water to make the soup base doubled up the natural sweetness to the steamboat broth. 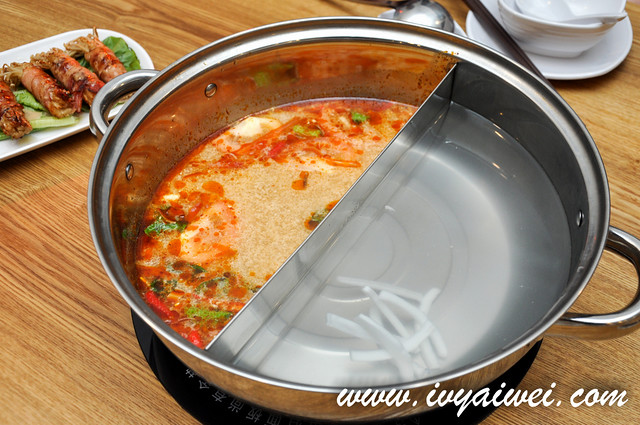 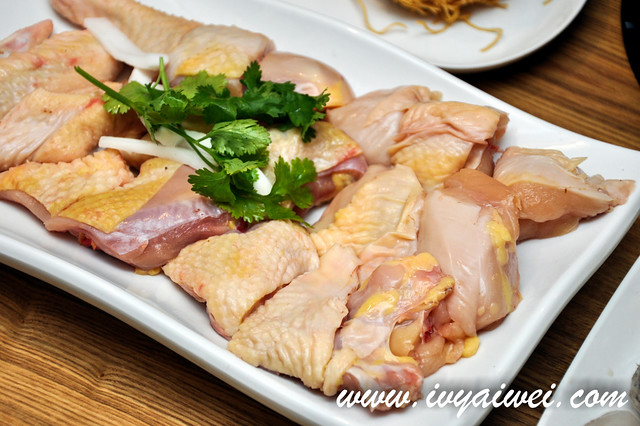 Must order their Fresh Kampong Chicken if you were. Priced at Rm 29 for half chicken and Rm 55 for whole chicken. Kampong Chicken is often known as less greasy, with lean and firmer meat. Additional of kampong chicken enhances wholesomeness level to this MSG-less but flavourful broth. So, do try a sip of soup first before adding the chicken in it, as it will be different after cooking them. It takes about 7 minutes to cook the kampong chicken. 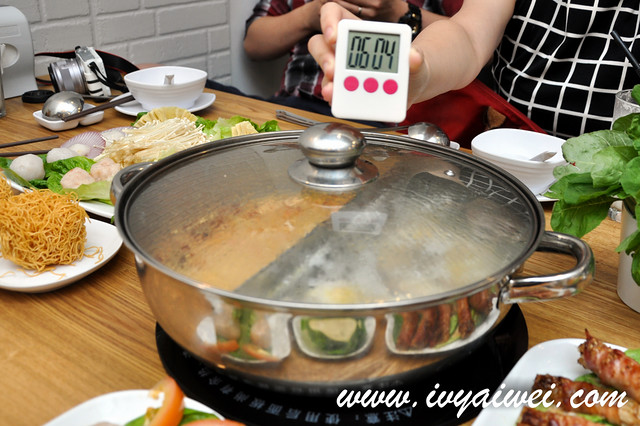 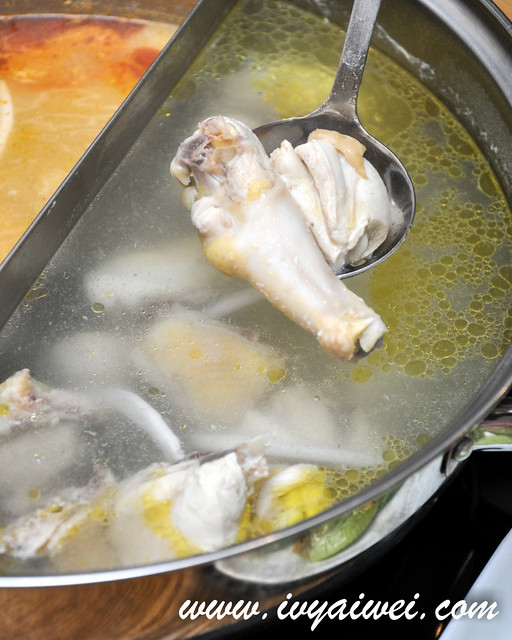 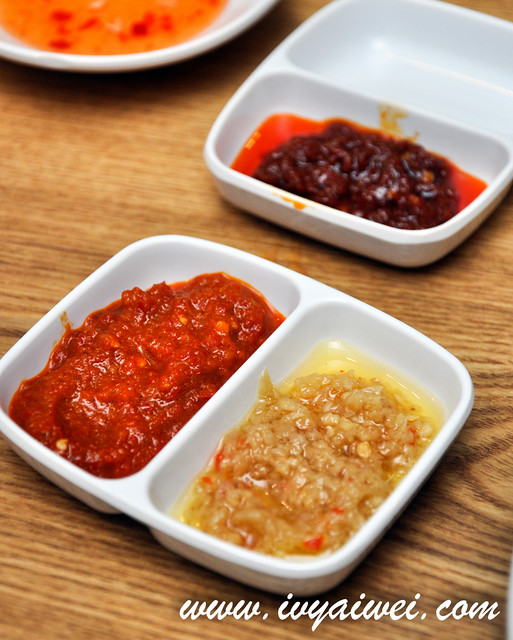 Not forgetting some sauces and condiments to go with the steamboat fares. The minced ginger is for the chicken. 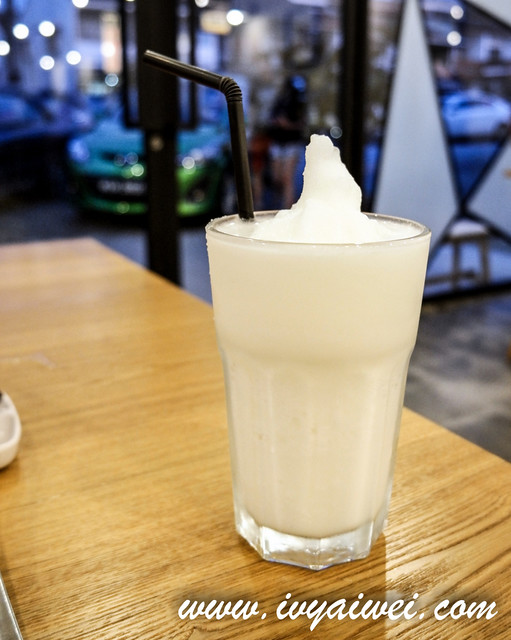 So, while waiting for the ingredients to cook, let’s have the Signature Coconut Shake (Rm 6.8) along with some snack to munch on. 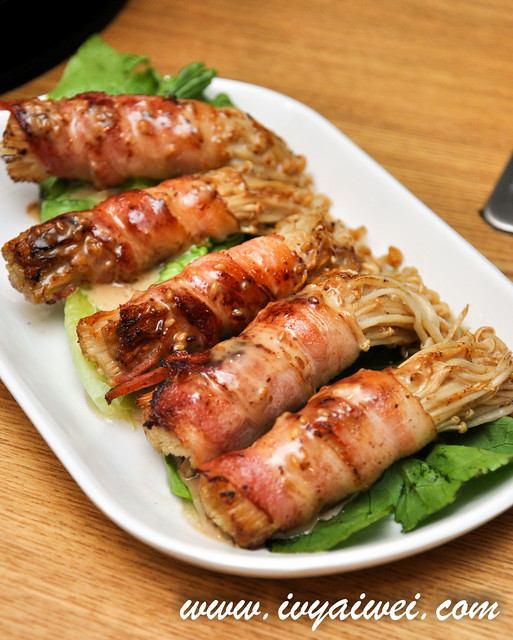 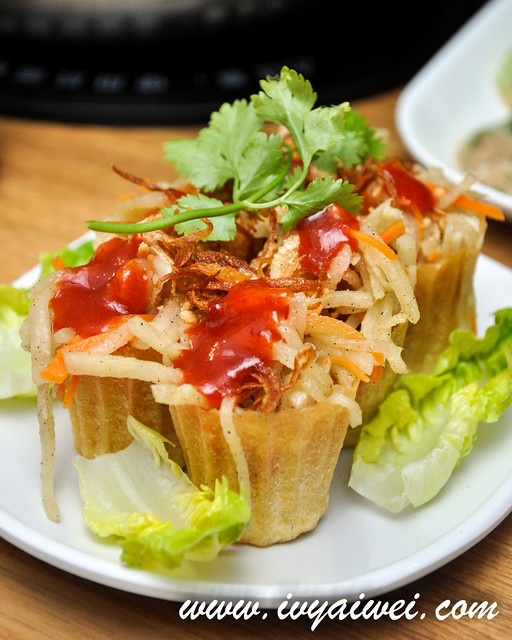 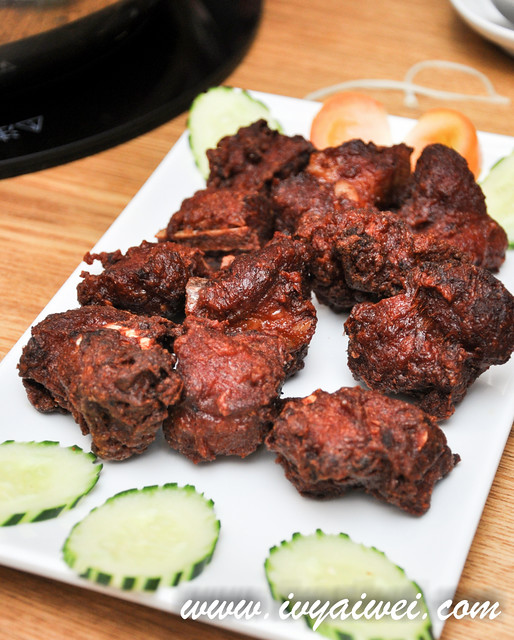 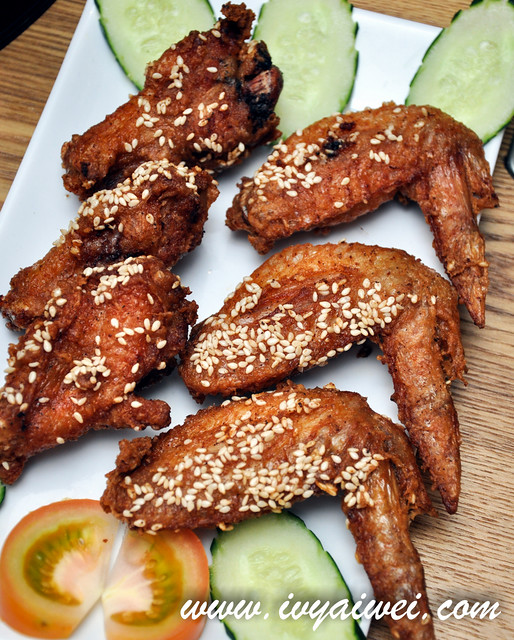 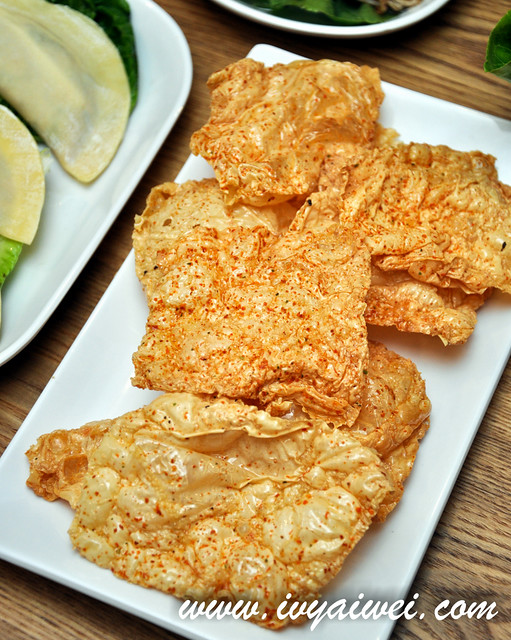 Bean Curd Crisp Skin (Rm 7.8)
You can have it dipping in the broth or crispy at it is. Best to go with sambal belacan. 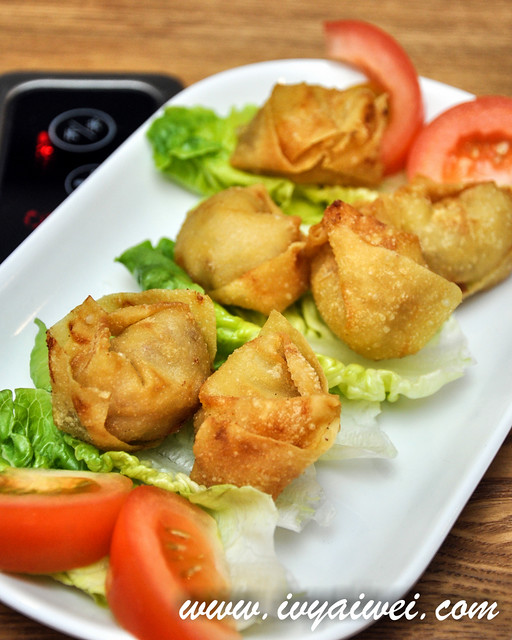 Chicken Pie Dumpling, a new item on the menu. 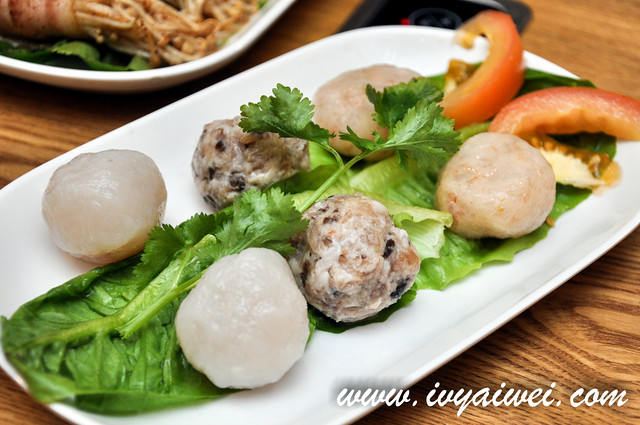 They offer a wide variety of homemade items and we sampled a few of them such as Signature Coconut Dumplings (Rm 8.8 for 3 pcs), Shitake Pork Balls (Rm 7.8 for 4 pcs), Fresh Shrimp Balls (Rm 12.8 for 4 pcs). All of them were very fresh and special. Especially the coconut dumplings, there were coconut flesh in it. The pork balls and shrimp balls were springy and bouncy. Nice one! 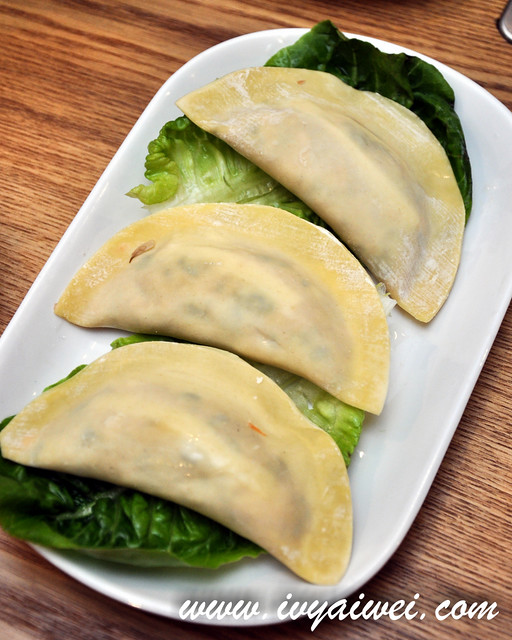 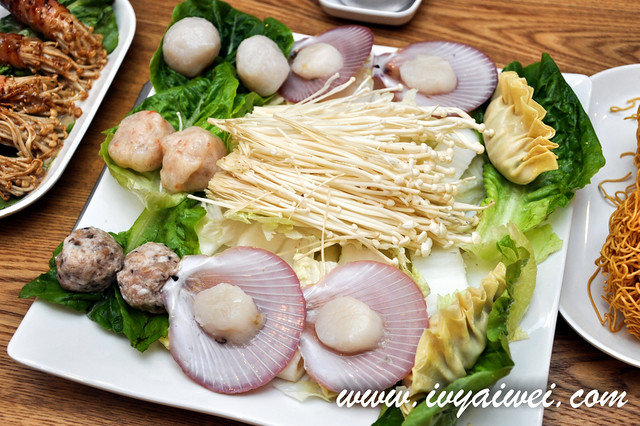 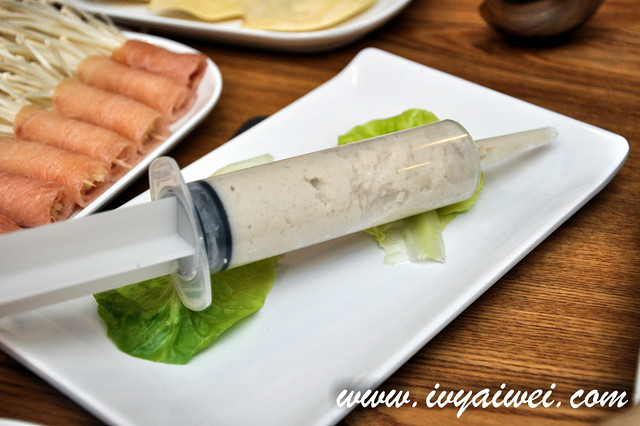 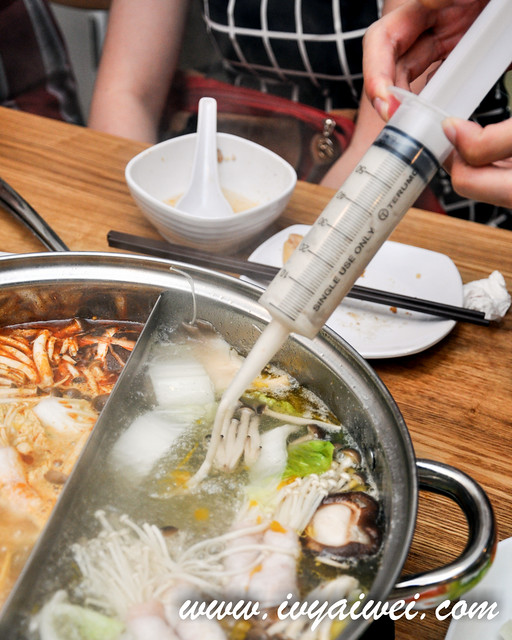 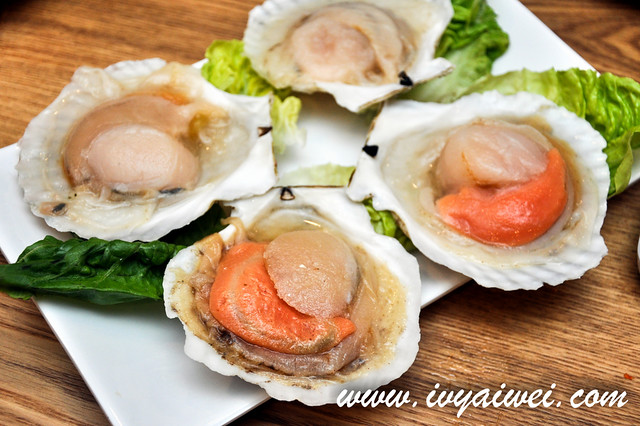 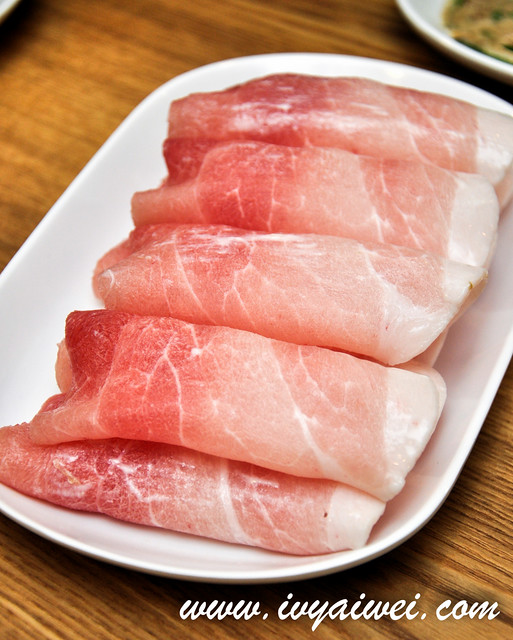 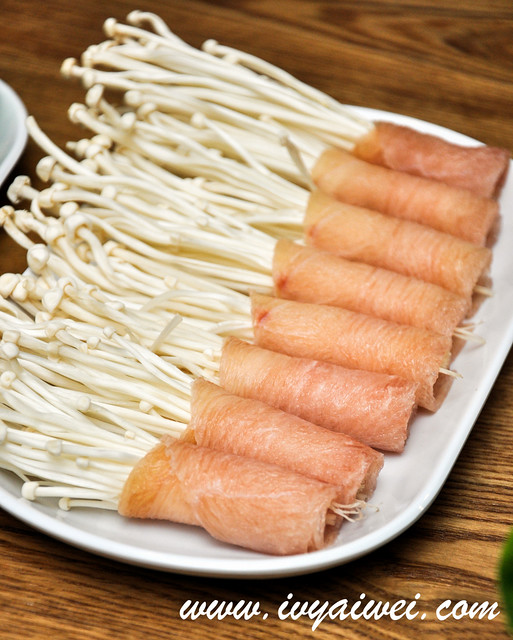 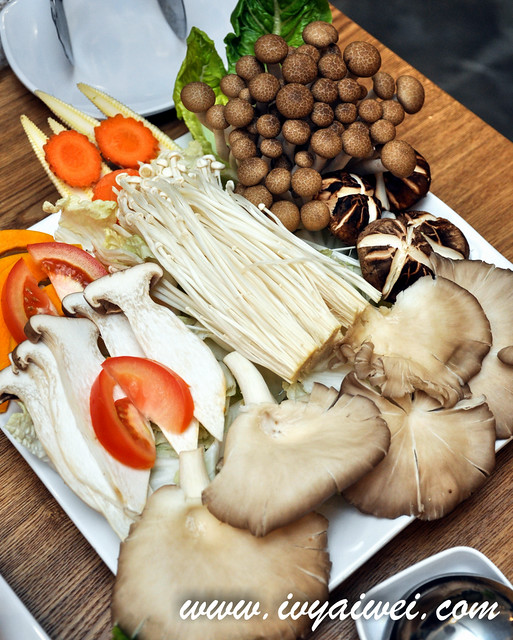 Healthy Mushroom Platter (Rm 16.8)
Comes with an array of mushroom such as enoki, apricot, abalone mushroom and shitake. 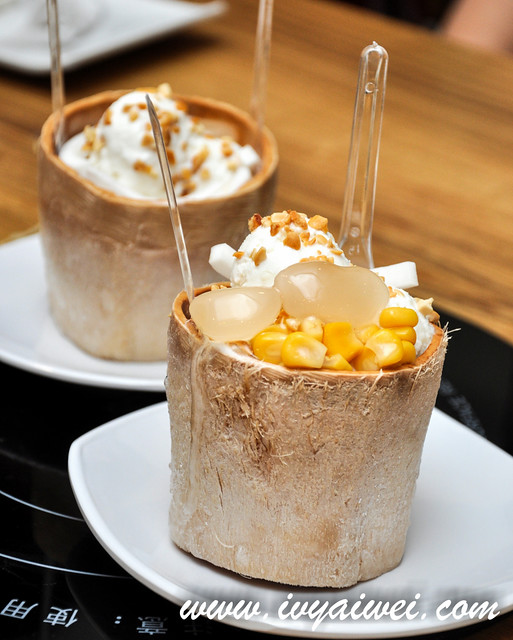 Premium Homemade Coconut Ice Cream (Rm 8.8)
Soft and creamy but not heavy, bursting with coconut flavours. Additional of the toppings such as corn and nuts gave you a texture as contrast to the creamy ice cream. This will drive you crazy!!! Their version of coconut ice cream is pretty different than the very hot one in town. Try it out! 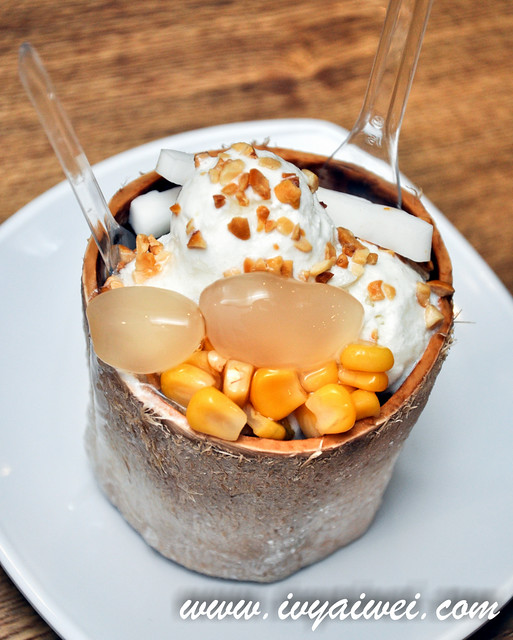 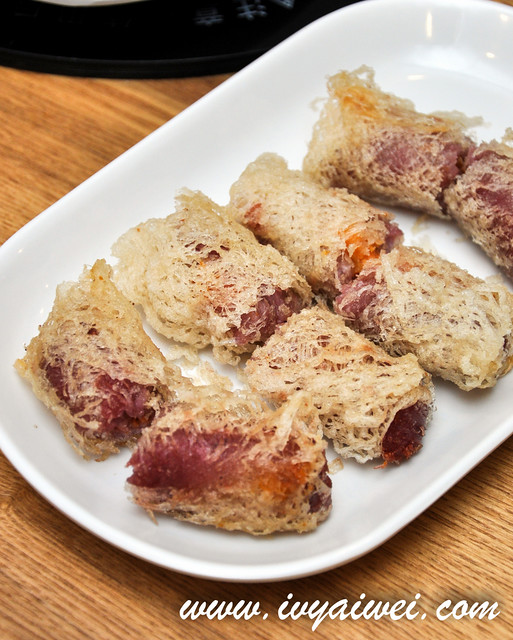 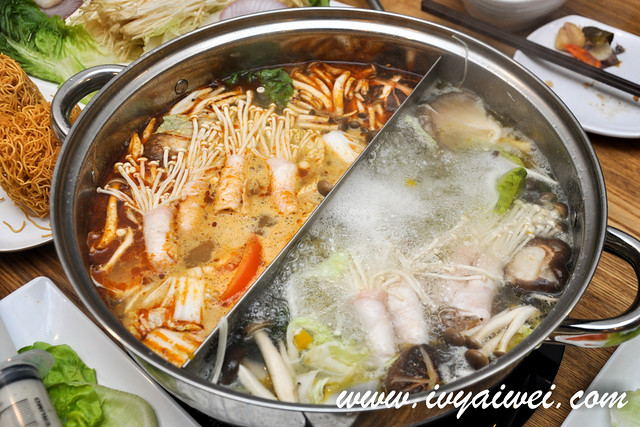 Coconut Steamboat is very innovative, from drinks to desserts; steamboat broth to steamboat ingredients, there are coconuts used in each section. It is such a brilliant idea to have natural pure coconut water as the soup base. It is very clear, nourishing and sweet. Love both the soup base I have tried on.

Signature Pure Coconut Broth was clear and filed with natural scent of coconut. The longer you cook with ingredients, the savoury it goes. So we kept requesting to add on more soup to maintain the sweetness so that more fresh ingredients can go in. I love the Coconut Tom Yum Broth too. It is unlike those typical tom yum broths which is sourish with spicy kick. It was sweet and mild tangy, very appetizing and I kept feeding myself for more. Their ingredients are fresh too. Love their homemade dishes and the coconut “-infused” dumplings.