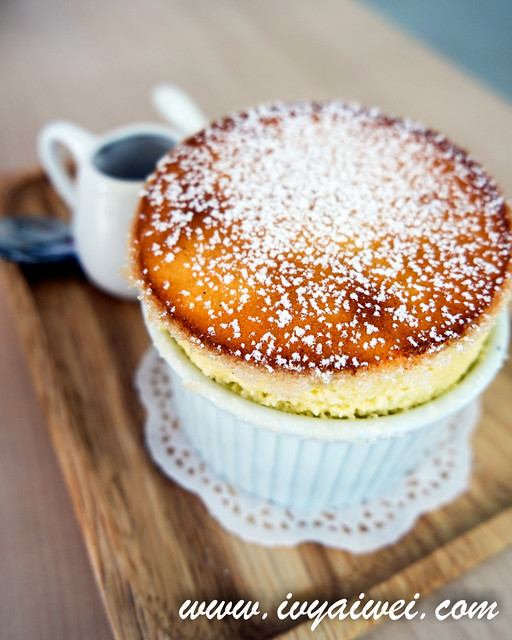 A prettily puffed up soufflé and rich with eggy flavour… 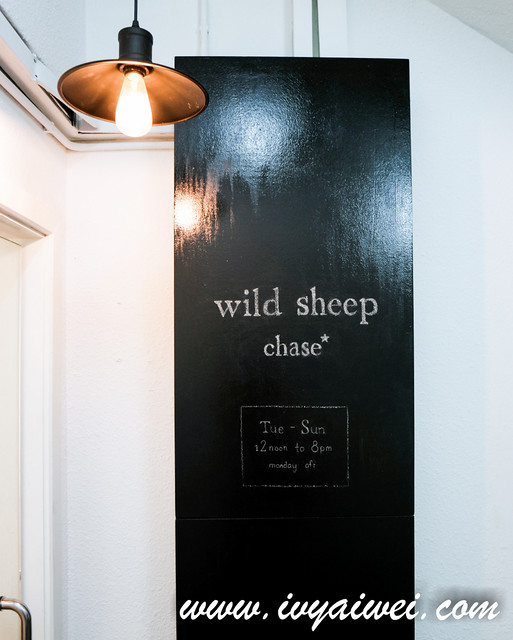 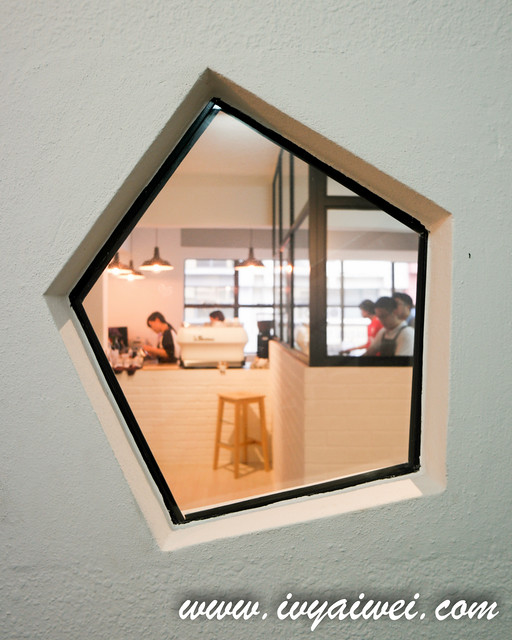 Tucked at the quieter side in Taman Desa, this quaint little café needs no further introduction and as its specialty and his story is up everywhere on social media. Wild sheep chase is famous for the prettily puffed up dessert that made everyone wow for few minutes before digging in. Do drop by early or during odd hours; else be prepared to queue up for a short while especially during the weekends. 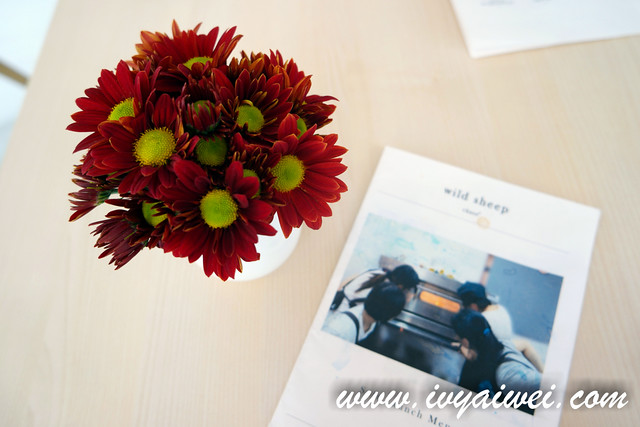 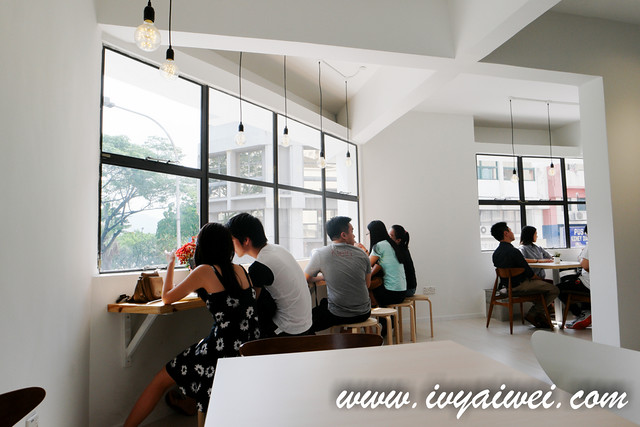 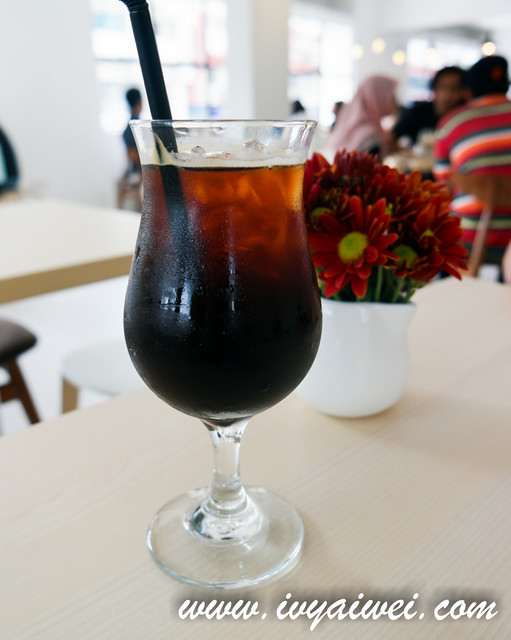 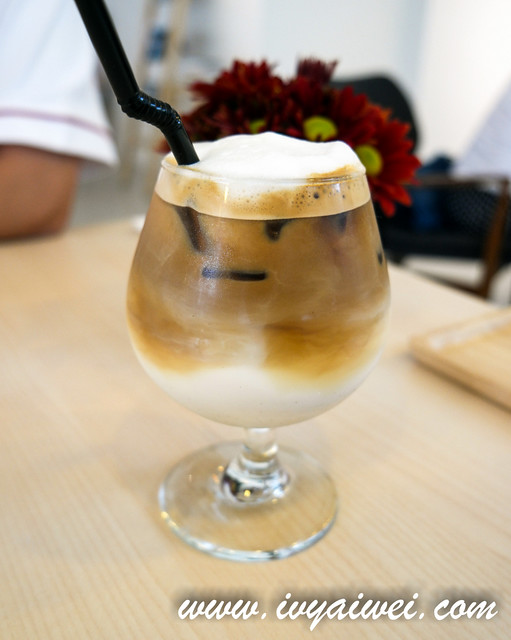 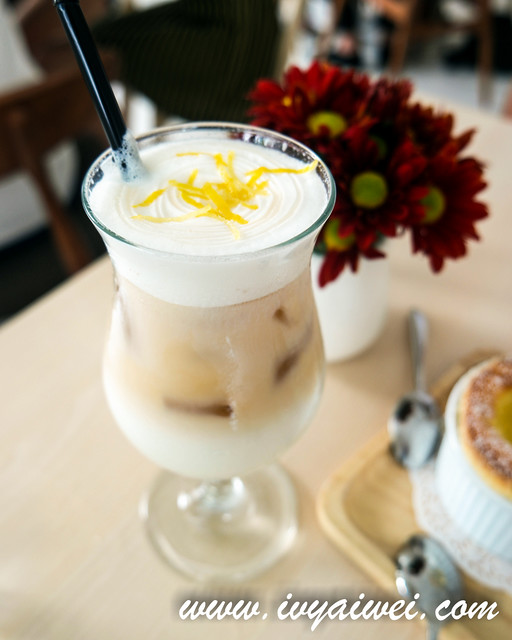 Iced Earl Grey Milk Tea (Rm 10)
Pick up this one if you were bored with usual caffeine. Earl grey tea with milk, topped with a swirl of honey and sprinkle of lemon zest. 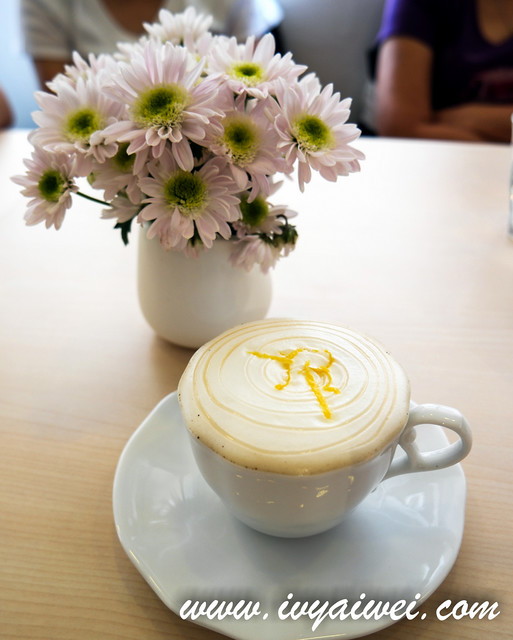 Earl Grey Milk Tea (Rm 12)
But I prefer it hot. The hot version has a stronger and intense earl grey flavour than the earlier one. Fluffy frothed milk with a swirl of honey and a sprinkle of tangy lemon zest that results a mild citrus-y flavour in the earl grey milk tea. 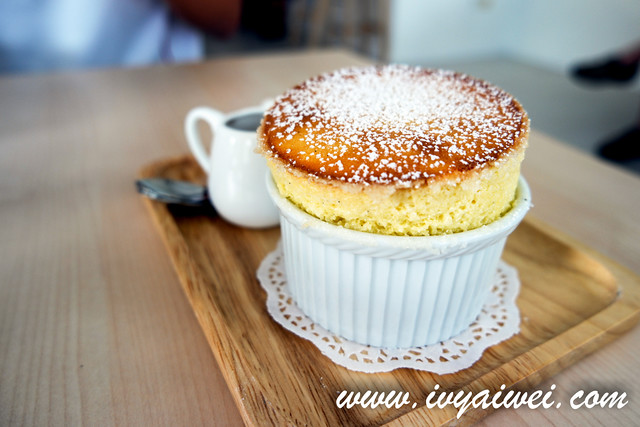 Jeng jeng jeng, the main character in the house. Must not leave without having this. 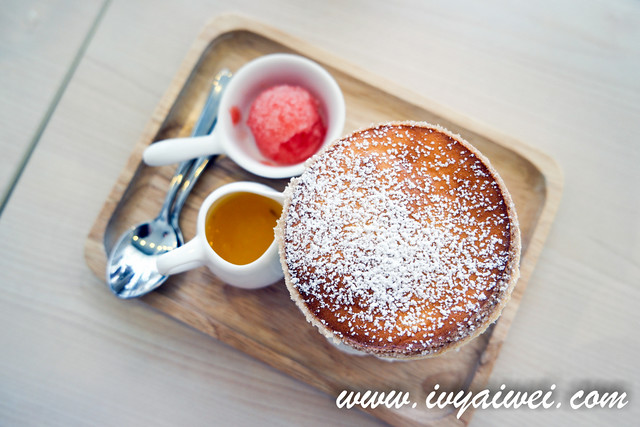 Vanilla soufflé (Rm 15)
Served with grapefruit sorbet and your choice of syrup – orange sauce or osmanthus maple syrup. Served as one of the most instagramable dish. The soufflé was fluffy and airy; bloomed up perfectly and rose up high, richly flavoured with the fresh vanilla bean and eggs. Love the mellow texture of the soufflé. It was really a wow and it was able to stand still for a few minutes before sinking down. That’s the precious few minutes where you have to catch a few of its beauty even if you are not an Instagrammer. 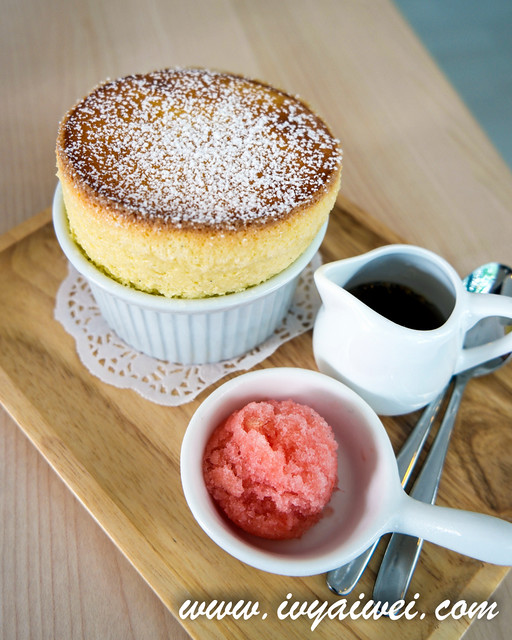 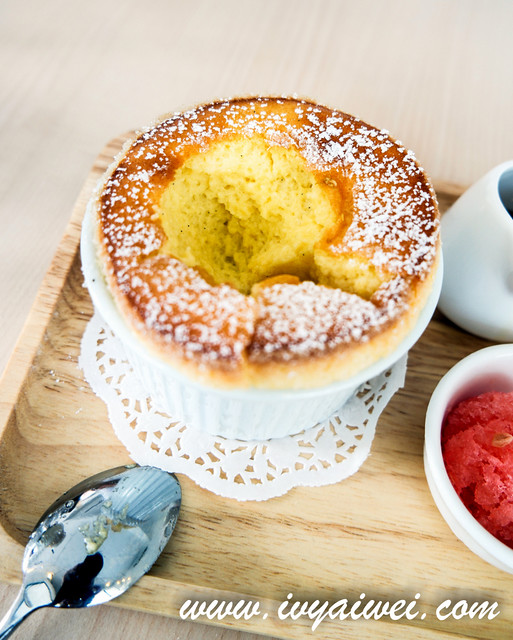 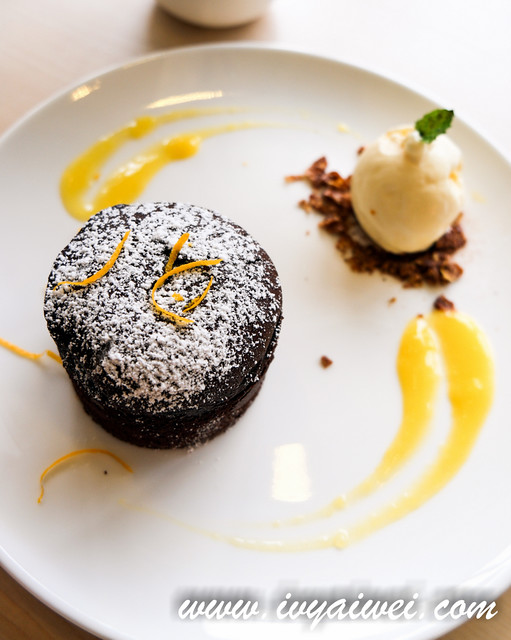 Honestly Devilish (Rm 21)
Freshly baked crusty molten lava filled with warm gooey chocolate fillings; oozing out when cut through it. Sadly, it wasn’t as gooey as I though as the chocolate fillings was pretty thick with high viscosity. Well, it still went great with the scoop of chilly vanilla ice cream served at the side. 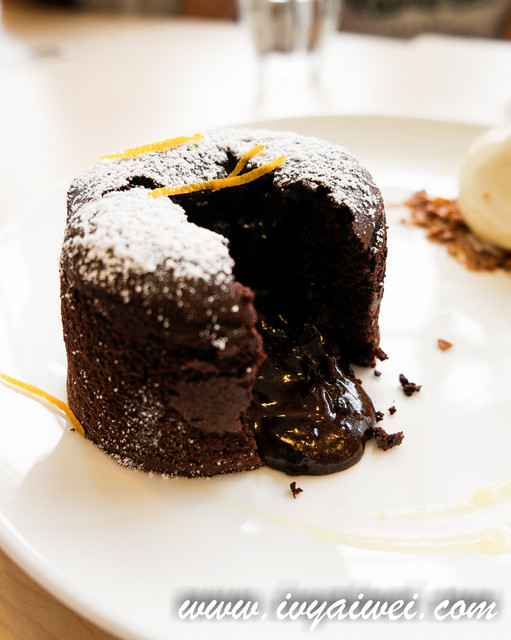 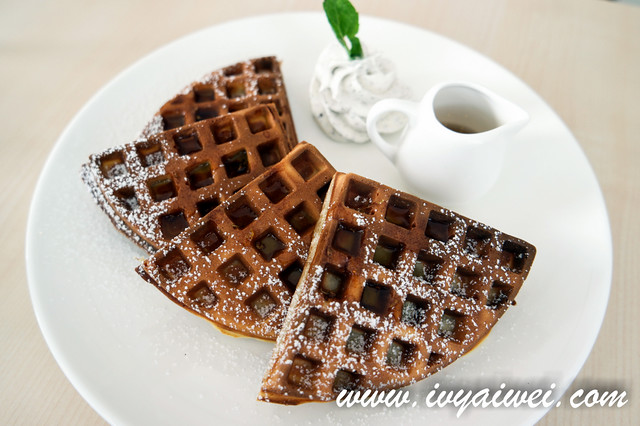 Waffle (Rm 13)
Served with earl grey whipped cream and osmanthus maple syrup. The waffle was pretty filling but it was not as fluffy as I though. Just not my kind of waffle as I still prefer airy fluffy buttery waffle. 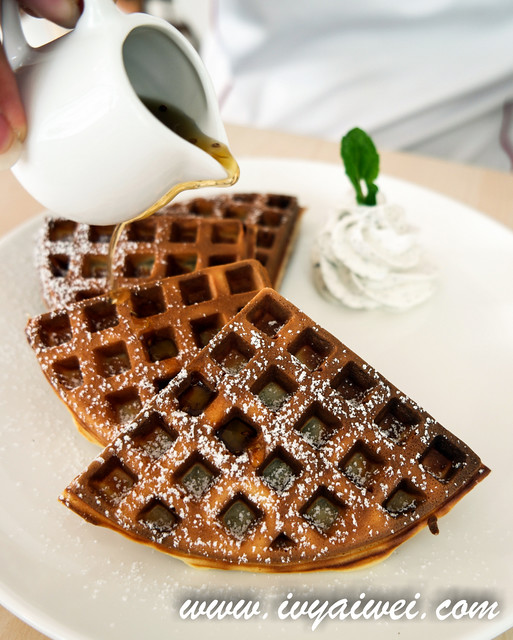 The menu has a limited option when it comes to mains. Aside from these few desserts, Wild Sheep Chase Café serves savoury small bites such as Ciabatta Ham & Cheese Sandwich and Ciabatta Salmon & Mascarpone Sandwich served with egg mayo and grilled vegetables; whereby the ciabatta is freshly baked homemade goods. Guess they will soon expand their menu as I see some kind of Japanese matcha molten lava appeared up on its facebook space. Can’t wait to check it out! 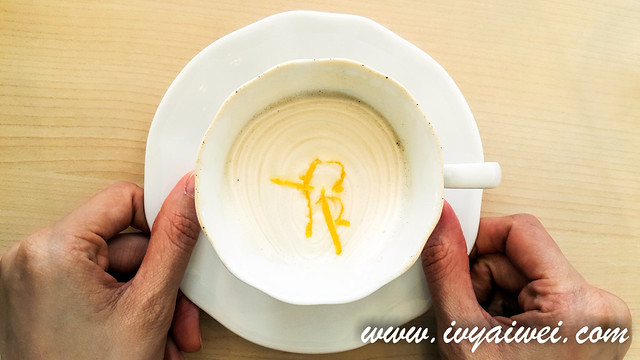