In order to board our pre-reserved seats on time, we woke up extremely early and waited at the station. *scare we missed the bullet train mah*

We were heading to Hiroshima for a pit stop and explored a little before traveled down to Kyushu. The bullet train from Nagoya to Hiroshima took about 3 hours ++. It was time to sit back and relax and take a small nap. 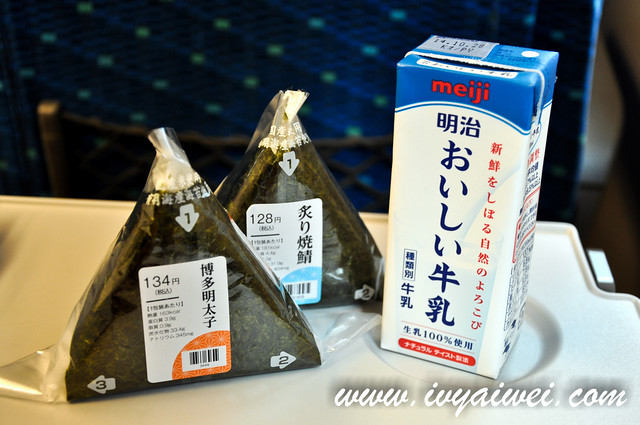 Once aboard, breakfast time! These onigiri(s) are easily to be found at any konbini コンビニ (convenience store) in Japan. I can have a total of 4 to 5 origini(s) a day aside from main meals and tea time. They come in a variety of flavours, super yummy and I simply get addicted on them. Never get bored of trying all the flavours out. Of all, I fancy the mentaiko, salmon and the “fried rice style” salmon wakame musubi. 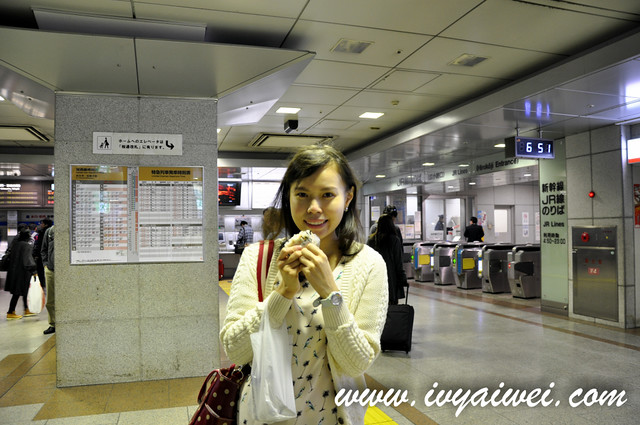 Actually before boarding, I was already munching on the salmon wakame musubi. 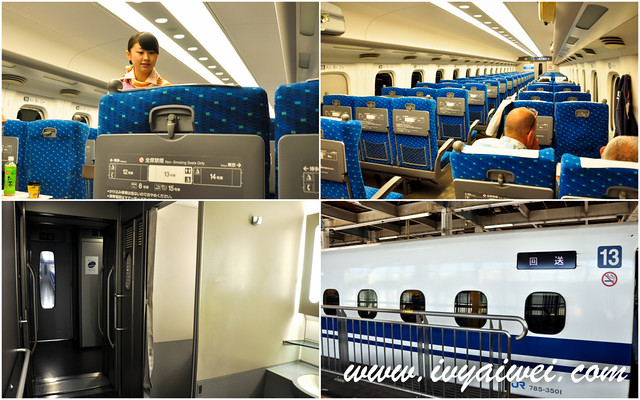 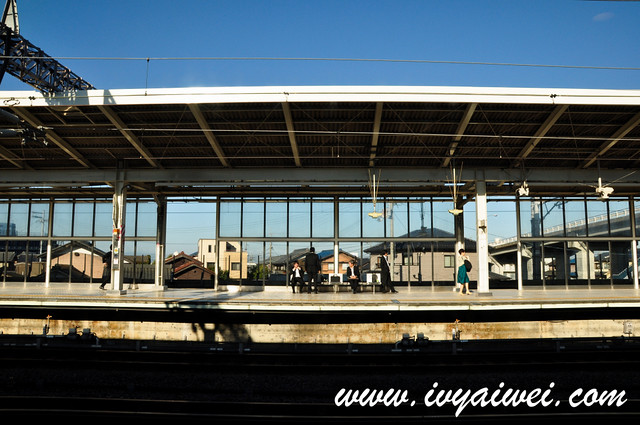 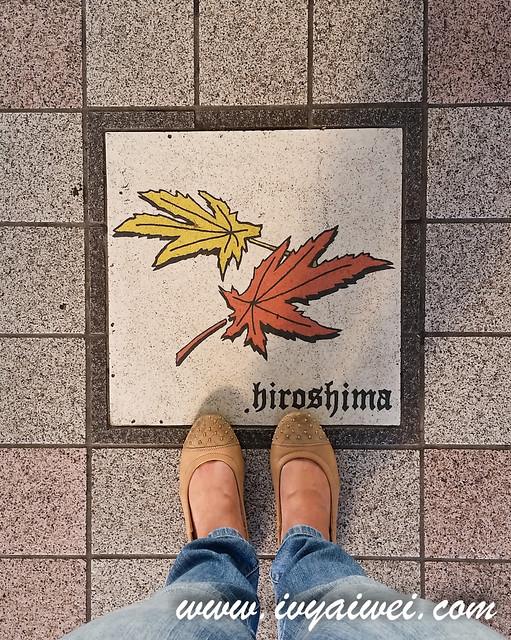 Hiroshima 広島市 is the largest city in Chugoku region of western Honshu. Also we learnt in history, the first city to be targeted by nuclear weapon by the US Army Air Force. 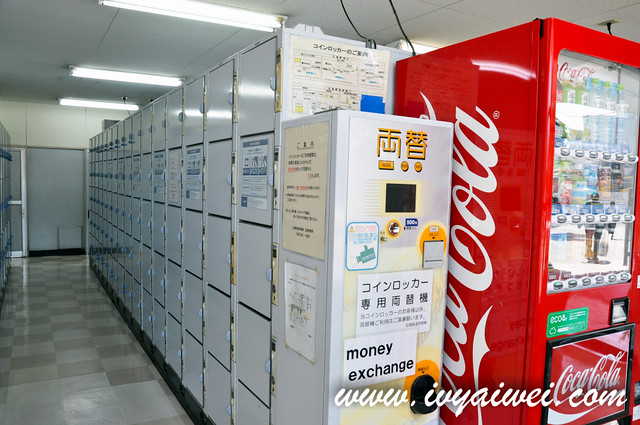 It was pretty easy to travel in Hiroshima but not with the heavy luggage. Fear not, there were plenty of coin lockers to store your heavy baggage. 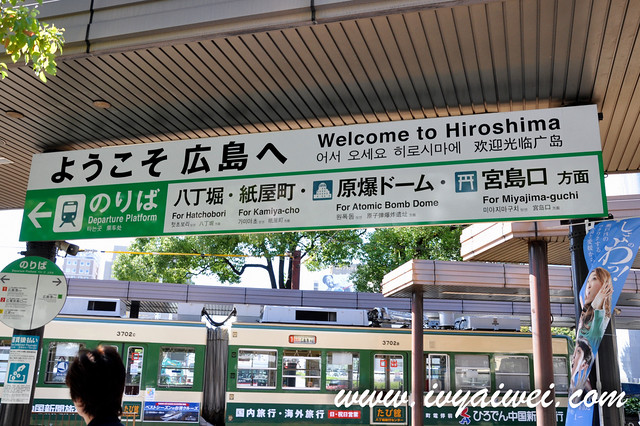 Took the tram to Hondori 本通 (160 yen) – a very happening street that housed the shopping arcade and connected to the Peach Memorial Park. 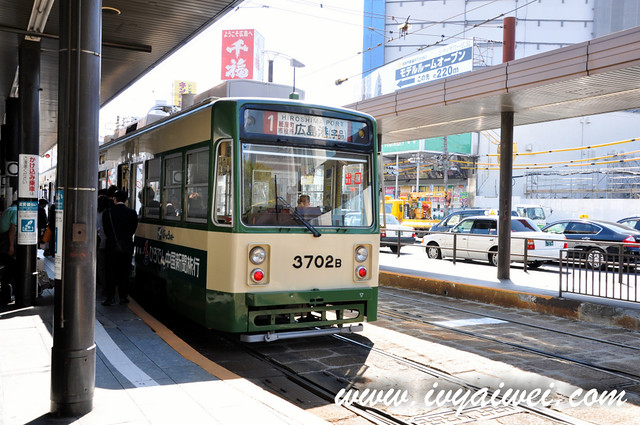 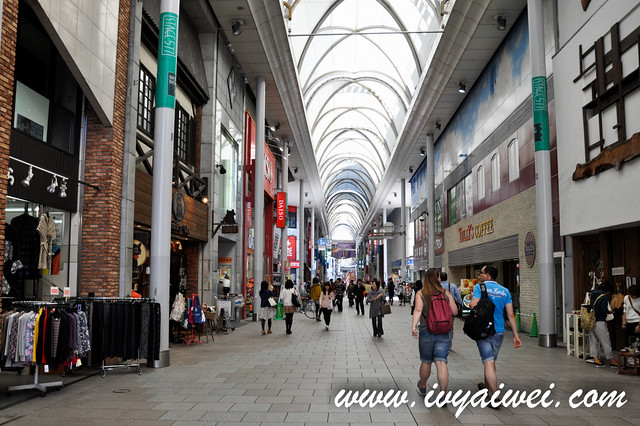 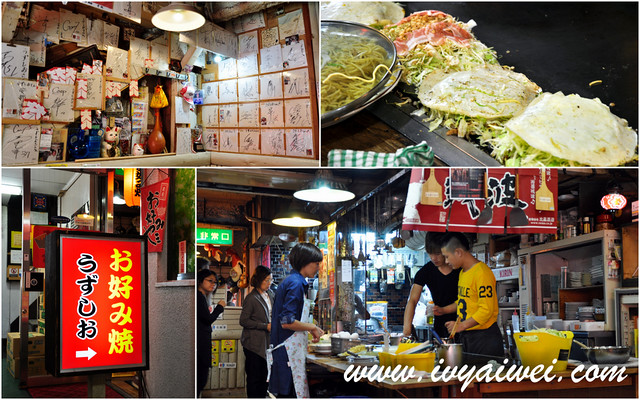 Come to Hiroshima, must have Hiroshima’s Okonomiyaki!
We randomly picked one and walked into お好み焼うずしお 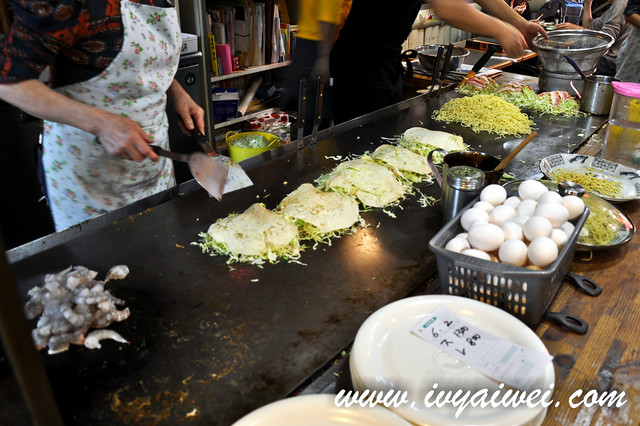 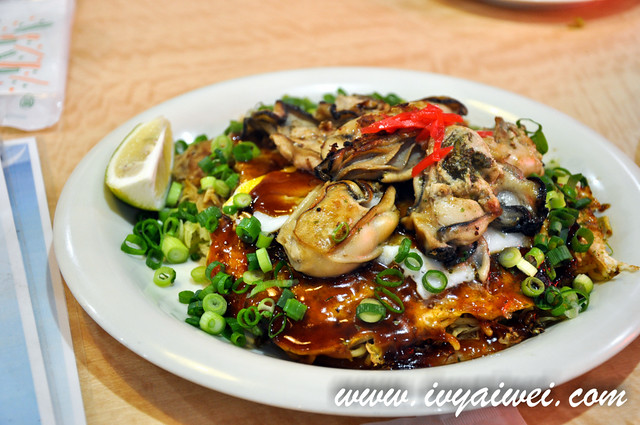 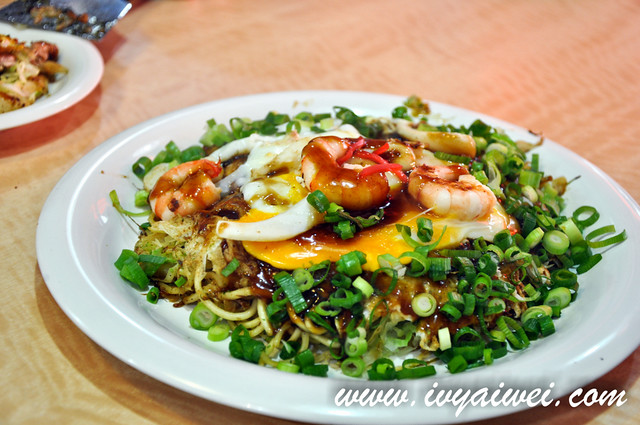 This was topped with prawns. 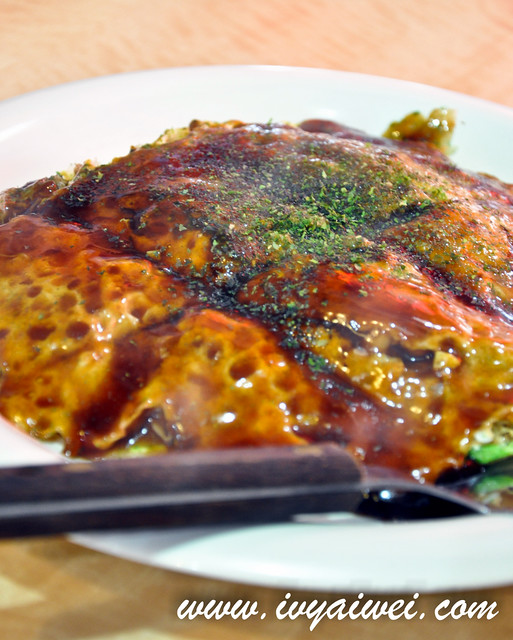 The basic one without soba. 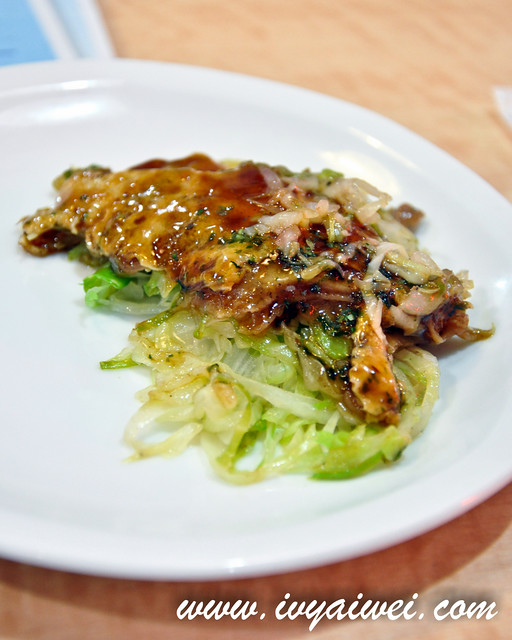 Do dress it with mayonnaise for a different flavour. 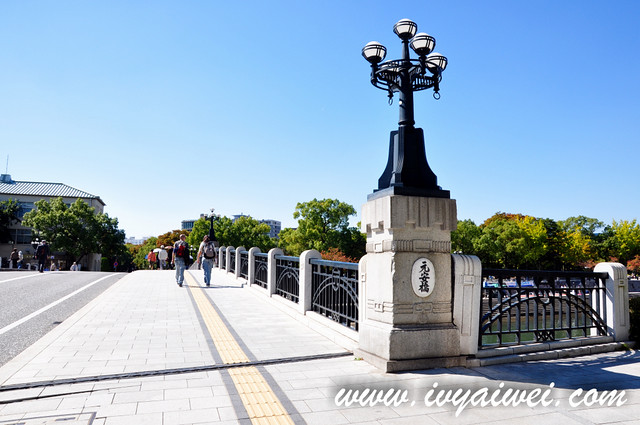 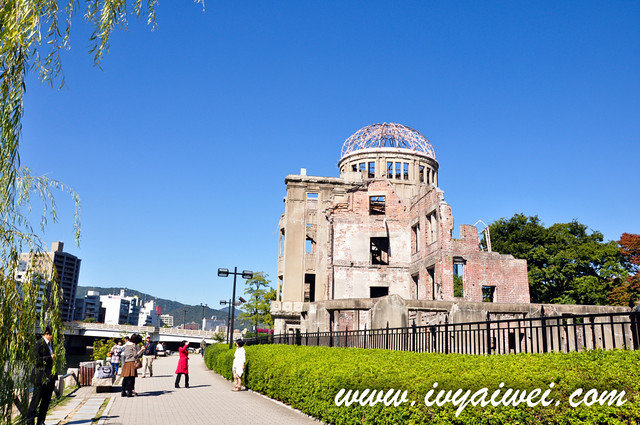 A-bomb Dome – World Heritage Site – Hiroshima Peace Memorial (Genbaku Dome)
Designed by Czech architect Jan Letzel and initially it was the Hiroshima Prefectural Commercial Exhibition Hall. An American B29 bomber carried out the world first atomic bombing on 6 Aug 1945, at 8.15am. The bomb exploded approximately 600 meters above and 160 meters southeast of the Hiroshima Prefectural Industrial Promotion Hall, ripping through and igniting the building. Because the blast struck from almost directly above, some of the structure remained standing, leaving the building and iron frame to be recognizable as a dome. Hence, it got its name as A-bomb Dome. 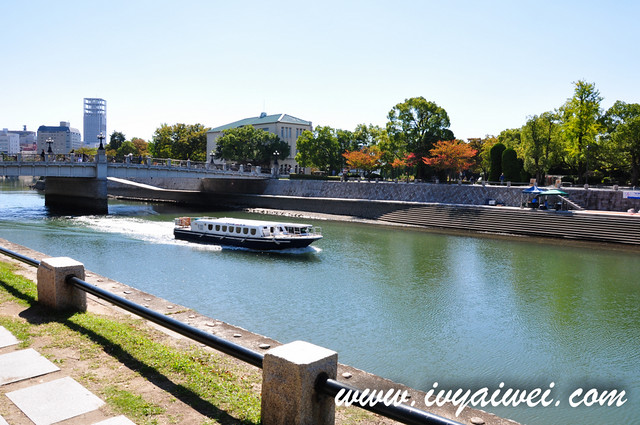 To get here:
From Hondori, walk through the end of Hondori towards the riverside. A-Bomb Dome will be on your right. 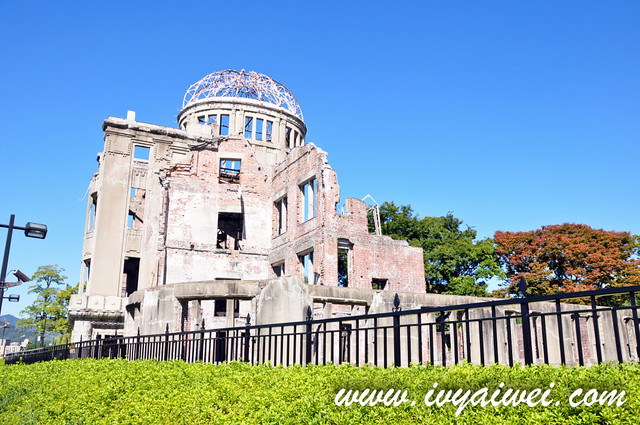 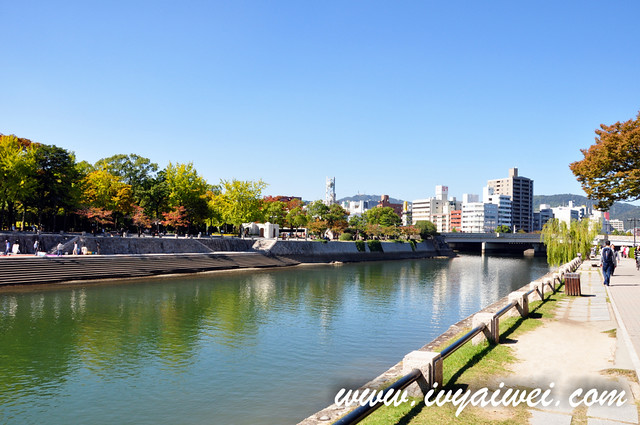 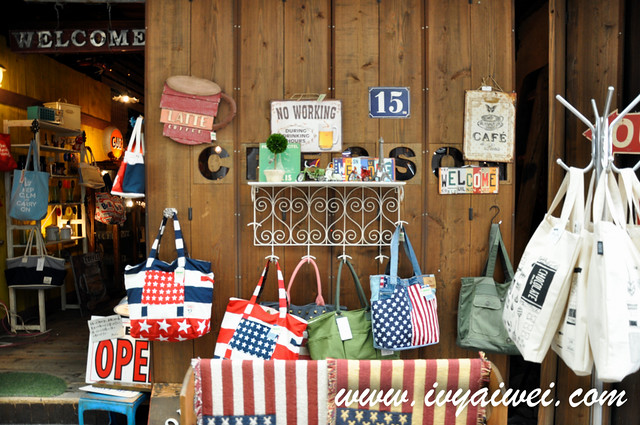 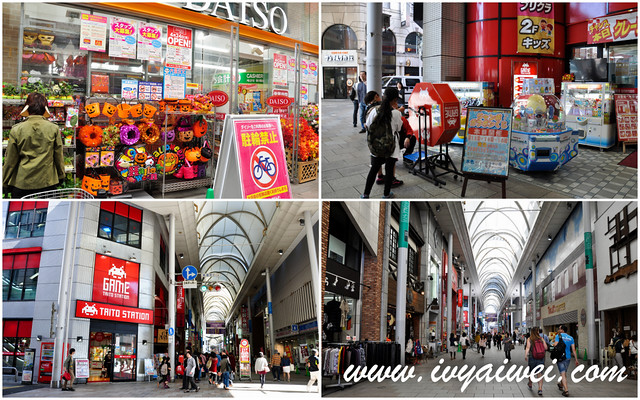 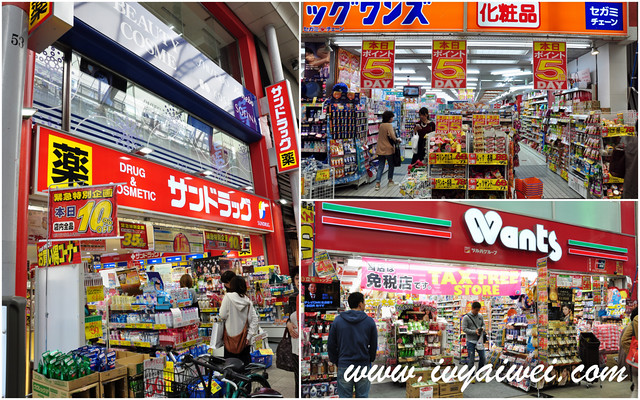 Drug Stores in Hiroshima. Some are tax free stores!!! 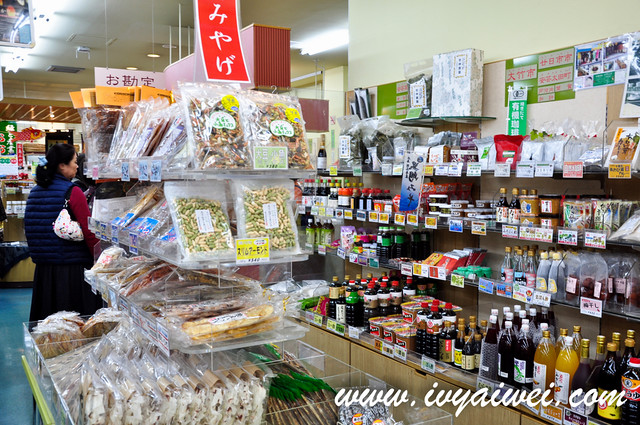 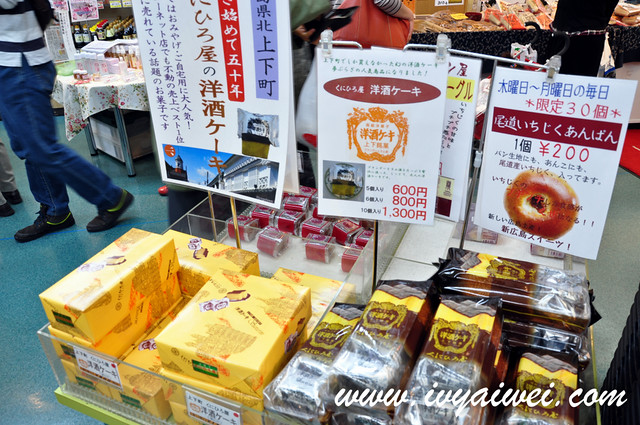 Since it was a pit stop, we didn’t get to visit Miyajima (which is famous for the giant torii gate). It is recommended to have 2-day trip here, stay in ryokan and explore Miyajima and Itsukushima Shrine. Hmmm, till next time bahhh. 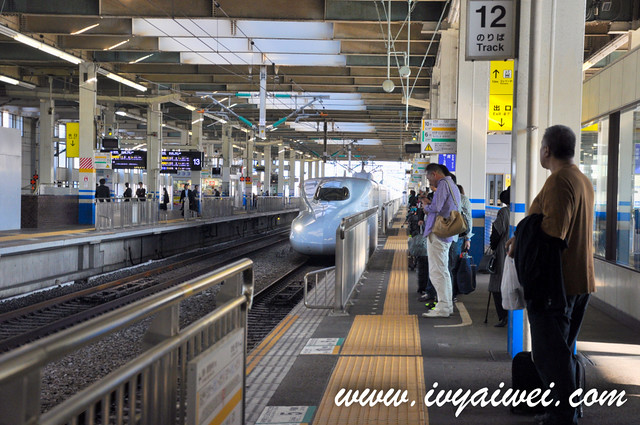 Off to the southern part by Shinkansen and… to be continued…