Located about 20minutes’s away from Karuizawa Station or just a few minutes away from Kyu-Karuizawa Ginza, Kawakami An is a popular sobaya that is specialized in handmade soba noodles where Nagano is famous for buckwheat. Its’ bestsellers go to these Kamo Seiro and Kamo Soba which is the “duck” soba. 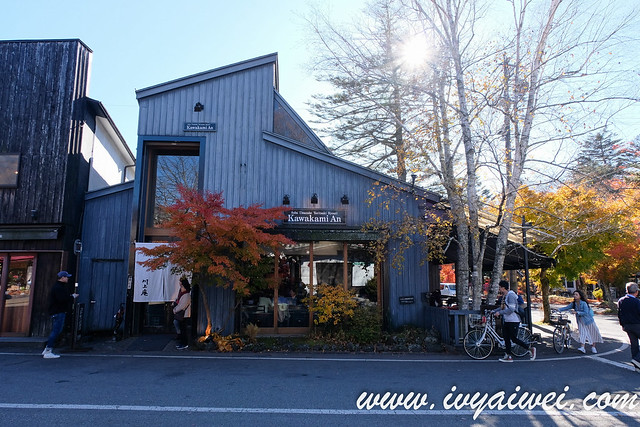 Lunch time was pretty crowded whereby the indoor was fully packed; we skipped the queue and opted to be seated at the terrace. It was cold during autumn but cosy with a heater and a scenic view across the street. 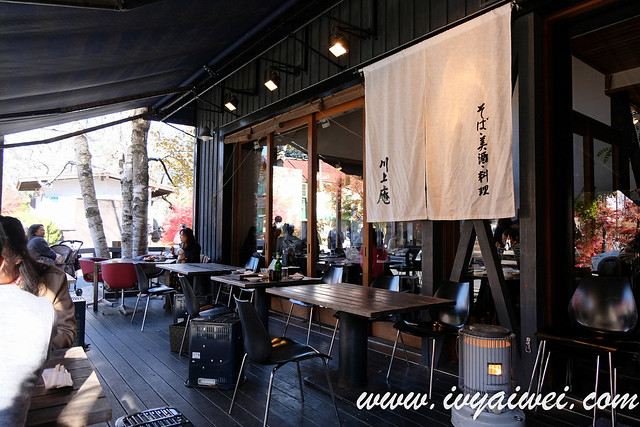 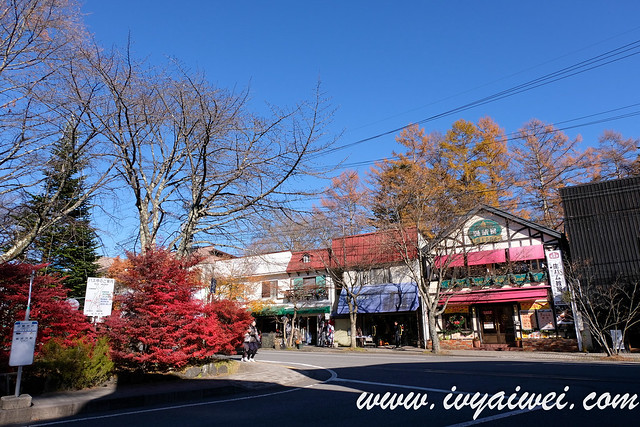 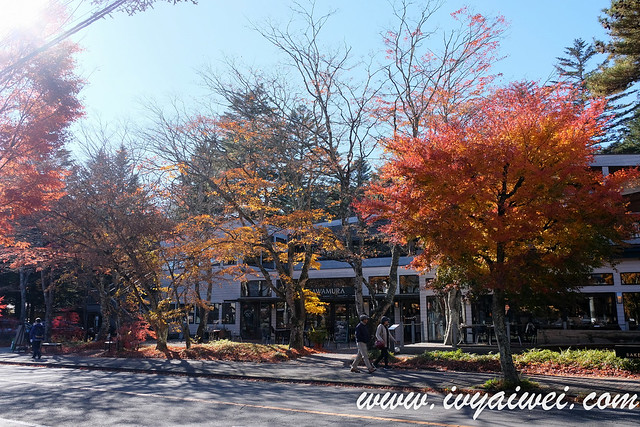 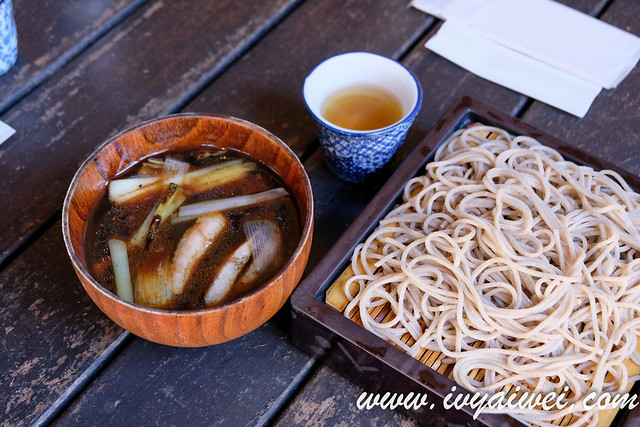 Kamo Seiro (¥1,720)
Soba noodles served with hot dipping duck soup, with sautéed duck and Japanese green onions in the soup. Very delicious! The soba was made al dente, firm and slurpy; had them dipped into the richly flavoured dipping sauce to adsorb the flavours before slurping them up. To be honest, this was our very first time having “duck” soba and we were totally in love with its distinctive aroma and flavour, also the fattiness of the dipping soup. The flavour of the soup was different when drinking on its own, slurp up with the soba, and also after munching the soba. 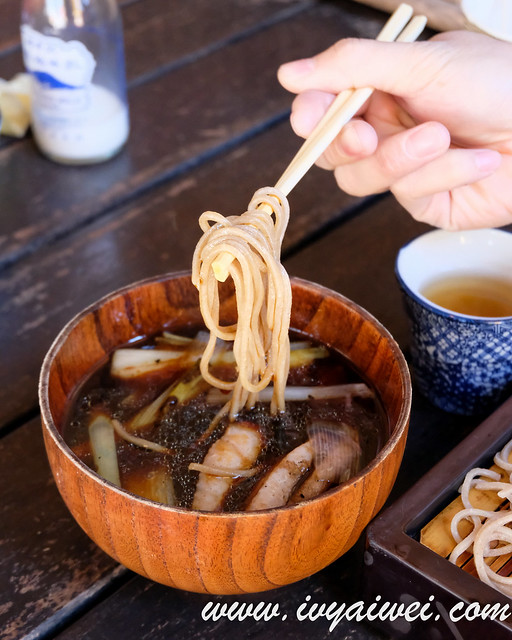 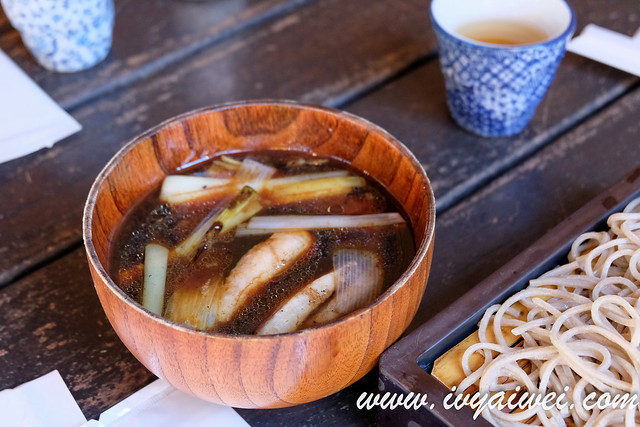 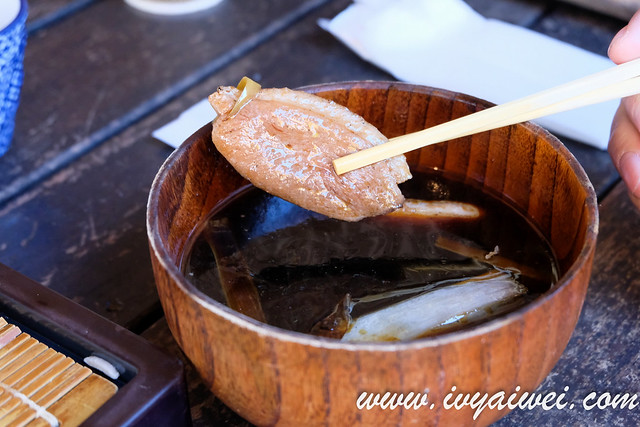 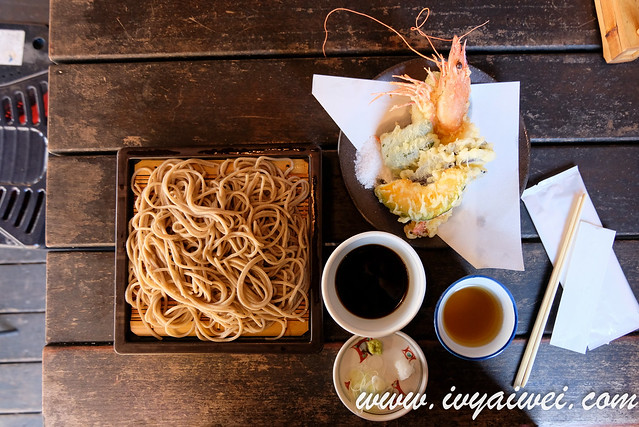 As the set Kamonikomi Seiro I wanted to try was sold out, I went for the Tem Seiro (¥1,720), served with soba noodles, dipping sauce and tempura that came with large shrimp and seasonal vegetables. Simple yet delicious. The tempura was airy with batter, succulent and non-greasy at all. 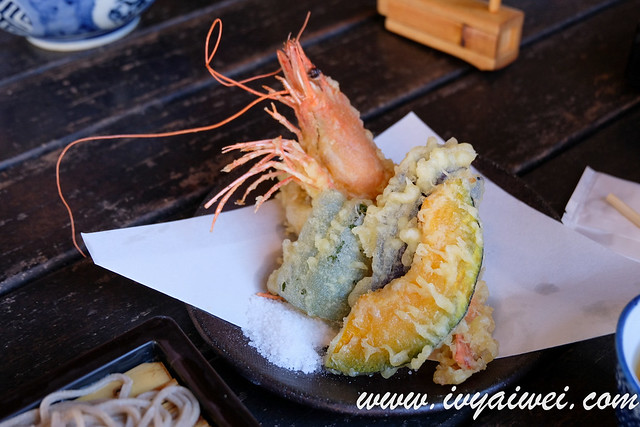 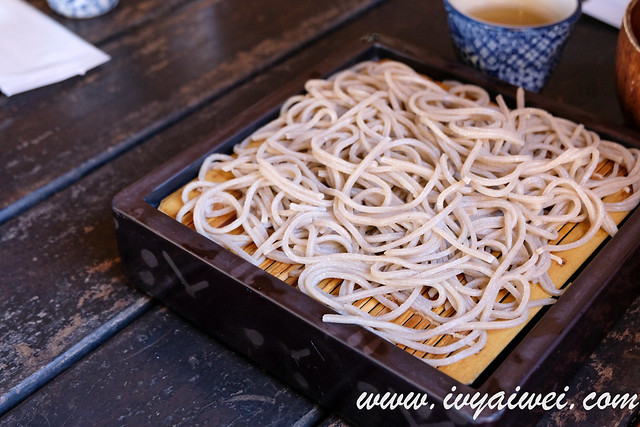 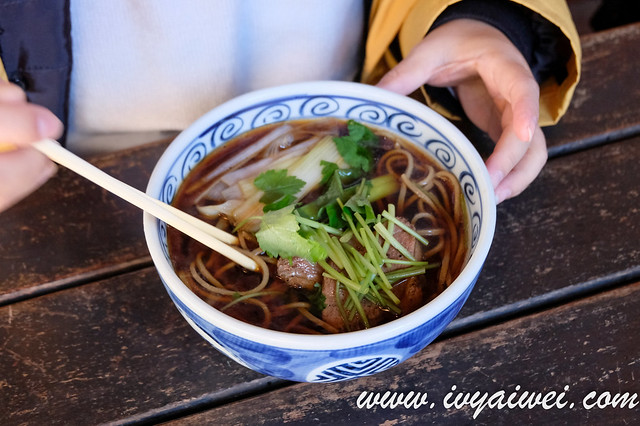 Kamonan Soba (¥1,720)
Soba noodles in hot duck-based broth with sliced roast duck. The broth was lighter than I thought, pretty flavourful. If you prefer firmer noodles, go for the cold soba. 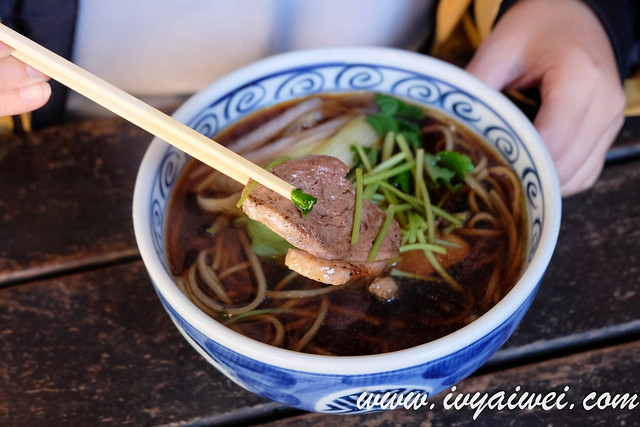 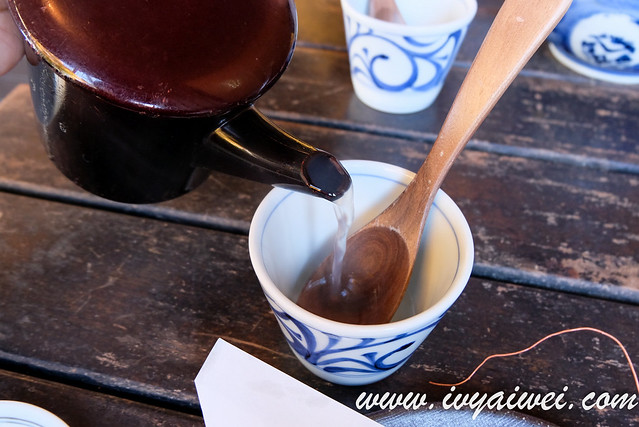 At the end of the meal, we were served with a pot sobayu (the hot soba water from the water used to cook the soba noodles), flavoured it with a little leftover dipping sauce and drink it as soup. 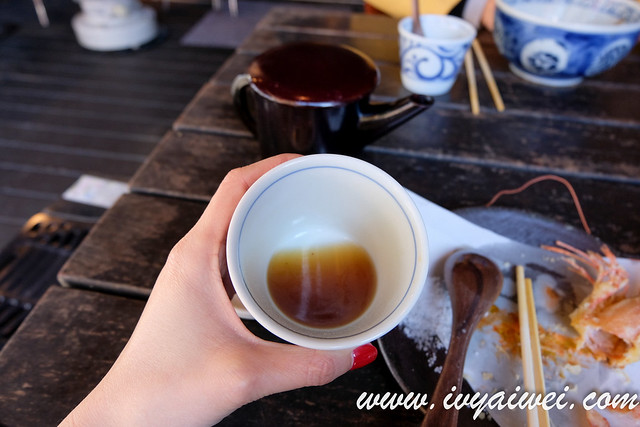 There are also Kawakami An in Tokyo, located in Azabu Juban and Aoyama, but you are here in Karuizawa, you guys must check out Kawakami An here!